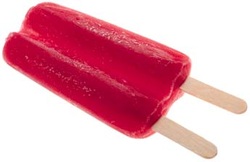 Annie has been waiting for her dad to take her to Clarksford for weeks.  She’s only been there twice and remembers crowds and stores with large windows.  He’s always busy, tidies up excuses, pats her on the head, but today he wakes her early and says, “C’mon Annie, we’re heading downtown.”  Annie puts on the dress she got for her birthday.  Her grandma said she looked “like a lady” in it.

Her dad admits to his friends that he isn’t good with kids.  He wanted a kid but when Annie’s mom, Carol, had the baby he felt almost let down.  It’s not that he doesn’t love her.  He does.  Becoming a father felt like trying to ride a rusty bike in a downpour.  He hoped the sun would eventually come out, but after seven years, the skies still brim over.

The drive takes about an hour.  Her dad turns on the radio.  Annie likes hearing him sing along: “Ha-ang on Sloopy, Sloopy hang on!”  They say little.  After they find a parking space downtown, which isn’t easy, her dad thinks Annie would like a treat.  Mabel’s Ice Cream Parlor is open.  No one is in it except a high school girl, Tiffany on her nametag, behind the counter.  Lime sherbet smudges her face.

“You got popsicles?”her dad asks.

They leave Mabel’s and head down Clarksford’s main street, Wexwood Avenue.  Annie licks her frozen Popsicle which makes her mouth hurt.  She’d like to toss the treat in the trash but keeps eating. Red juice falls on her pink parka.

Finally finished, she hides the Popsicle stick in her pocket, holds her dad‘s hand.  When they stand before Armanetti’s Department Store, he says, “What a fine family of bears, right Annie?”

She squeezes Daddy’s hand as he drags her to the Wexwood Mall.  In a tinsel-y space reserved for children, a burly guy leads the kids in exercise, mostly hopping around.

As Annie hops, she thinks about the bears, how easily even the baby bear could attack her.  Her dad sits on a bench, looking away.  Annie breaks free of the other kids, runs out the door—and vomits.  Red goo stains the pure snow.

Her dad runs after her.  What to do?  Pick her up?  Hold her?  Pretend she didn’t do that and hustle her back to the car?  Get her another Popsicle?

Annie grabs his hand.  “Can we go home now?” she asks.

Her dad, singing all the way, asks if she’s warm enough.  Doesn’t hear when she says “no.”