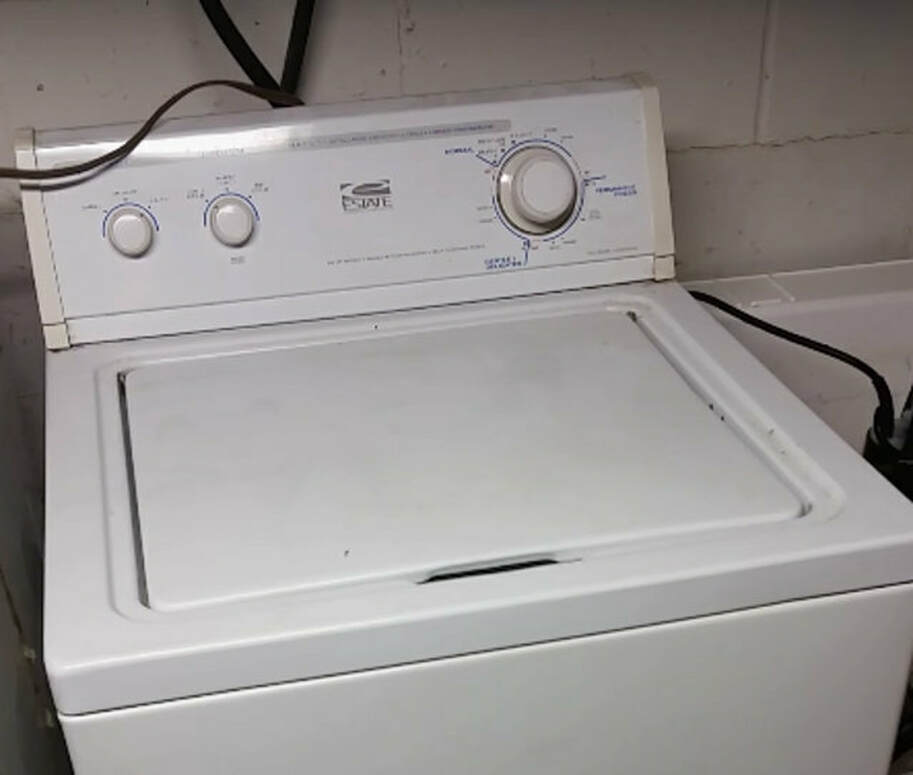 
I'm sitting cross-legged on top of the washing machine watching a puddle creep across the laundry room floor. I know I should hop down and get the mop or a towel, but Mom's fuschia dress sits soaking inside, halfway between dirty and clean and nowhere near dry enough to drop off at the funeral home. I find myself just watching the water spread.
I hear the screen door to the kitchen slam and even then, I can't stir myself from my perch. Maybe someone is here to rob me blind. Honestly, at this point, the more they steal, the less I have to deal with.
"Cora?" a voice calls. "You here? The door's not locked."
I roll my eyes. "That door's never been locked," I call into the kitchen. "You've been in the city too long."
My stepbrother appears in the doorway between the kitchen and laundry room, still pulling his rolling suitcase.
"The washing machine's leaking," Orlin points out. I search his face to see if he seriously thinks I haven't noticed. I can't tell. The last time I saw him, I only had to read the baby-face of an adolescent, wanting to be a man, but powerless to change anything around him.  I mostly read dogged resignation back then.  Now he just looks too old for someone barely out of college.  But maybe I do too.
"I was washing Mom's dress," I finally say.
"What dress?"
"The one she always wore to church. You never saw it."
He stares at the puddle.
"She wanted to be buried in it," I add.
"My dad bought her that machine," he finally says. "For their anniversary. She worshipped it."
I cut him a look. "Yeah, the one nice thing he did before ya'll rolled on out of here."
He lets go of his suitcase, and it clatters onto the kitchen floor.      "That’s not fair and you know it.  She wasn’t my mom. Not really."
“She was too. From that first moment your dad brought you to dinner, you were hers,” I snap.
Orlin nods.  “I should’ve fought harder. I bet I could’ve stayed if I just became too inconvenient for him.”
I hear the regret there, and I feel bad for snapping at him. He’d just been a kid at the time. Same as me. But the prick of guilt doesn’t equal forgiveness. "Honestly, I don't have the energy right now. I've gotta do something about this."
But he doesn't leave the kitchen, and I don't get down from the washing machine. The puddle grows. I close my eyes and breathe deep. The tropical scent of fabric softener does little to transport me to a beach somewhere, but the faint scent of the lemon meringue pie one of the church ladies dropped off does bring my stomach to life. When I open my eyes, Orlin is gone, though his suitcase still lies on the floor in front of me. I hear the stairs groaning as he ascends. A few moments later, they groan again.
I expect his arms to be full of towels, but instead, he holds a baseball, confiscated from his old room upstairs. He looks at them like are some alien object that simply appeared in his hands.
“Everything is still the same,” he tells me. “Like this was just sitting in the corner where I leaned it after my practice.”
"No duh,” I groan.  “She always believed you’d show back up one day.”
Orlin nods.  “I hated him, you know.  Not as much as you did.  But still.”  He stares at the bat and I wonder if he’s tallying everything he had to leave behind.
I blow out my breath in an exaggerated sigh.  “There are so many things I gotta deal with once I get off this stupid washing machine.”
"I can help with the washing machine," he offers.  He holds out the bat. “But I’ll let you have the first swing.”
I narrow my eyes, cock my head. “It’s shot anyway. Why not put it out of its misery?”
I look down at the washing machine I’m perched. “She was actually pretty pissed off about this stupid thing, you know.”
Orlin nods. “I know. She put on a pretty good show. But even I knew she would’ve rather had flowers.”
“He was sick of hearing her bitch about hauling everything to the laundromat, if I remember correctly. Wanted her to shut up about it.”
“Those were more or less his words,” he agrees.  “So how about it?  Wanna finish this beast off?” Orlin holds out the bat again.
I climb down from the washing machine, my thirsty slippers trying to slurp up the puddle, and I take the bat from him. The crack of the bat on Mom's washing machine ricochets through the house, echoed by Orlin's feral jungle call behind me.  His voice, his pain fills the house, and I think how Mom is just going to have to be buried in her second best dress.  As I dent the washing machine, and my laughter and my tears intertwine with my brother’s, I think maybe she wouldn’t mind so much.