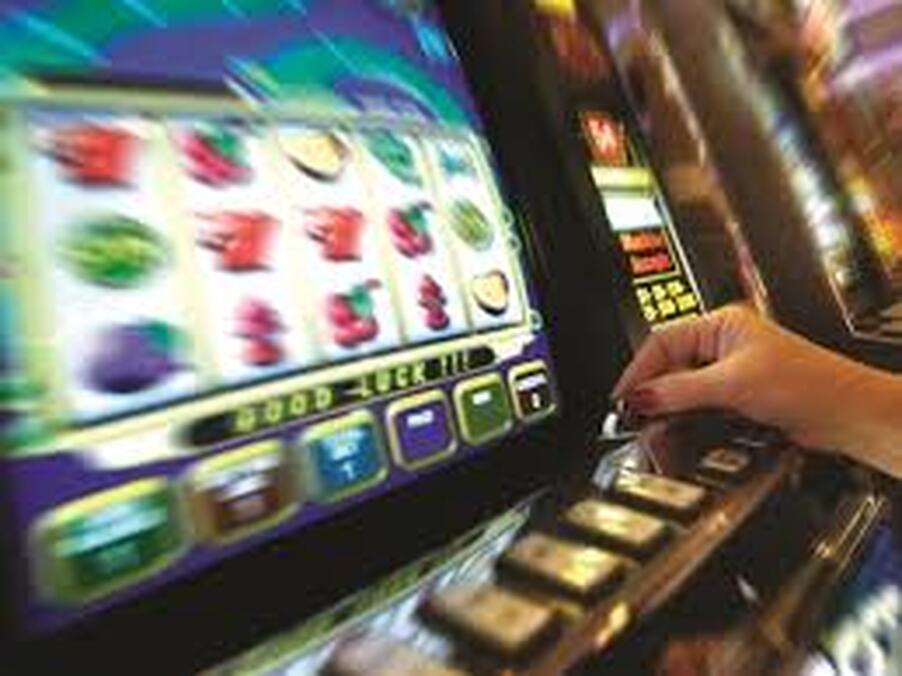 
The Ghoul had once again lost at the slots.
Casino Windfall attracted all types. The adventurous undergrad, excited for the new experience. The ambitious youth, brimming with confidence and cash. The wealthy entrepreneur, spending fifties and hundreds like pennies and nickels.
But not all patrons were so happy. Some slunk through the double doors to the machines as if in a trance. They would lose and lose and lose, and on the rare occasions they won, they would spend all of their winnings and walk out the casino more the loser than ever.
And so we had the Ghoul. She drifted in one Saturday-sundress hanging off her gaunt frame, red hair lanky and loose. She would head up to the cashier, fill up her member card, then spend the next few hours at a slot at the far end of the last aisle, losing often and winning rarely. After considering the deep bags under her eyes, her poor hygiene, and her voice that croaked from disuse, one of the staff had titled her the ‘Ghoul’ and the name had stuck.
Brianna’s coworkers would sling theories back and forth about her origin. She was a lonely housewife escaping from a loveless household, a successful businesswoman that hid her debilitating addiction, a robot programmed by her genius creator to follow the same routine ad infinitum.
Brianna wondered if it mattered, as she watched the Ghoul spend the last of the money on her credits, sit quietly watching the flashing symbols, then stand and saunter away. As she passed Brianna, she caught a whiff of ammonia. She guessed that the Ghoul had pissed herself. It would hardly be the first time one of the slot players had been caught wearing diapers. Resigned, Brianna headed to the supply closet for Lysol and paper towels.

The Ghoul was the most infamous regular, but hardly the only one. There was a high roller that frequented the poker table whose hair was styled in the most ridiculous mullet. An elderly spinster would stop by every Saturday with a hot date, the men seeming younger each week. A self-professed Yale graduate would brag to staff about how through the study of probability theory, he had learned how to game the slot system. His winnings have yet to reflect this.
There was even one regular staff members had taken to calling the Veteran, on account of the man bragging about his exploits in Afghanistan and Syria but three months prior. His gross obesity seemed to contradict this to everyone but him.
“Lady Luck doesn’t seem to be on my side tonight. Shouldn’t have fucked her sister.” Then he would laugh, jowls jiggling, and head off to lose more money.
But just as common were the regulars in the throes of addiction. Hard to distinguish as they were all the same. The deadened eyes, the haggard appearance, the wrinkled clothing. Like the Ghoul, they played out of habit and not enthusiasm. Like the Ghoul, you learned to turn your eyes away.
Brianna coped by lunging into her work. She advertised casino promotions, repaired broken slots with the mechanic, and often played mediator and peacemaker with upset clients. She resigned herself to never enjoying the attendant job, only tolerating it. Her only hope was to experience shifts without hassle or strive. Shifts that did not set her itching for a smoke or looking for an exit. Quiet, uneventful, lackadaisical shifts.

“This machine is fucking busted.”
Brianna held her hands up, a placating gesture. “I assure you sir, all of our machines are performing to regulation standards.”
The client, a middle-aged balding man, flushed redder than he already was, kicked the slot machine in question.. “I know I should’ve won. You know I should’ve won. This is fucking discrimination!”
It was math, simple and unforgiving, calculated down to the microsecond. You would think that gamblers of all people would be able to accept the likelihood, the inevitability of constant loss. But gamblers were a superstitious species, prone to believing in winning systems and optimal locations and goddesses of luck. Belief in everything save the random number generator, the only real god in this building.
But there is nothing that angry men hate more than facts, so Brianna smiled and simpered until security arrived to escort the man away.
“Some of these people are whacked,” Brianna said to the guard once he returned.
“You have no idea. We once caught a dude writing ‘Fuck the Man’ in the bathroom with his own blood. What a psycho.” The guard laughed.
I need a smoke. But she laughed as well.
Time passed. Brianna would do what she always did, walk the aisles and lanes, assist clients when called upon, pretending to be busy when not. During one such circuit of the slots, she saw one of the regulars on his knees before a machine, head bowed. The Veteran.
“Are you alright, sir?” Brianna asked once she approached, adopting that nasally customer service accent of hers.
The Veteran said nothing for a moment. Then he shot to his feet, quick enough to make Brianna jump, and turned to her with a bright smile on his face.
“Never better! Ran into some foul luck, but hey, it would hardly be called luck if it was always on your side, eh?
“Are you sure you shouldn’t stop for the night?”
The Veteran’s eyes glimmered as though he was about to cry, but his smile grew wider. “Superb advice. Excellent, in fact. And I would retire for the night, if not for the unfortunate fact that I’ve lost all my rent money.” He laughed. “Landlord isn’t going to be happy if I don’t win that back, no he is not.”
Brianna’s stomach churned. She reached out her hand towards the Veteran- Richard, that was his name- as if to touch him, let it drop instead.
“Excuse me,” she whispered, and fled.

There was a smoke detector in the bathroom.
Brianna considered breaking the damn thing. There was a mop sitting in the supply closet. She could take a key from the janitor, grab a mop, use the handle end to bludgeon the machine until it broke. If not for the camera at the bathroom entrance that would connect the crime to her.
She turned on the sink, splashing water on her face, trying to wash away...was it fatigue? She had long ago grown accustomed to the nighttime hours, but she still felt that exhaustion nibbling at her, even early in her shifts.
Her Marlboros were sitting in her breast pocket, comforting as a mother’s voice. She pressed her hand to them now, fingers sliding around the edges and contours of the box. Her pounding heart slowed, her breathing coming slow and easy again.
She wondered at the time, remembered that casinos never had overhead clocks and checked her phone. 11:44.
Just a little more.

Excitement had gripped crowds around the card tables-one of the high rollers was killing it at blackjack. Things were slow at the slots, despite all the infernal sounds the things made. Brianna had just examined one of them for an error code. Easy fix, the reel mechanism just needed to be plugged back in. Once the code had cleared, she stood, turned, and almost shrieked with shock. The Ghoul had sidled up behind her, silent as a shadow. She regarded her through her heavy-lidded eyes, swaying in place but saying nothing.
Brianna cleared her throat, throwing on her customer-service smile. “How may I help you, m’am?”
The Ghoul looked away. Then back again. “I have no money.”
Shocker.. “I’m sorry to hear that, m’am.
“I have no money,” the Ghoul repeated. She looked around, licked her chapped lips, then stepped in close, like one conspirator to another, and Brianna knew what she was going to ask before her mouth had opened.
“I just need ten dollars. Maybe fifteen. My son needs new sneakers. His soles got ripped in a soccer game last week. I have no gas in my car. Prices have jumped up. Fucking Saudis. I’d paid you back. I swear to pay you back.  My son’s waiting for me. I just need to win something. A little something. Twenty dollars. Please.”
“Where is your son waiting?”
The Ghoul blinked, as if confused. “In my car.”
I need a smoke.
Brianna stepped back, smile still on her face, slowly shaking her head. “I apologize, but it is against casino policy to request money from staff. Might I suggest-”
The Ghoul’s hand shot out, rattlesnake quick, and locked around her wrist. Brianna gasped, tried to pull free, but her small size belied her strength, and she wrenched Brianna towards her.
“I need this,” she hissed, “You have something to spare. You pay for your Netflix and your Hulu, so why don’t you-”
“Security!” Brianna screamed. “Security!”
The response was quick. The guard came around the corner like a running back. At the sight of him, the Ghoul released her, but by then he was on her, cuffs out. Brianna shrunk back against the machine as the Ghoul struggled against the guard, ranting and thrashing, spittle shooting from her mouth like rainfall.
The manager was slow to follow, huffing and puffing as he hurried over. The guard had already radioed the police and was directing the shackled Ghoul to the exit. “Are you OK?” he asked, laying a hand on Brianna’s shoulder.
I need a smoke. “I need a break,” Brianna whispered.
The manager sighed. “Break, just leave early. Your shift-”
She turned her back on him before he had even finished, violently pulling at her collar. She ran past the pool tables, billiard balls cracking and ricocheting into the pockets. She ran past the poker tables, dealers lording over the proceedings like kings in their court. She ran past the night bar, filled with patrons smelling of cheap perfume and cheaper booze. She ran right up to the automatic double doors, nearly barreling into a couple as she burst outside.
She took a long breath, like a diver surfacing from the sea. Then she walked briskly to the end of the parking lot, as far from the Windfall as possible, to where there was nothing but litter and blinking lampposts. But even there it was no good, the jaunty casino jingles echoing at the edge of her hearing.
It did not matter. She dug her lighter out of her pants pocket, withdrew the pack from her breast pocket, flipped the lid off. Ready for that long-awaited, long-desired pull.
The pack was empty.
Brianna stared down into it, uncomprehending. She had no more cigarettes? How the hell could she have no more cigarettes? She would have felt the lack of weight wouldn’t she? But when would she have…
She could just buy more.
But could she? Payday was not till Friday, and she had precious little to hang onto until then. Rent was expensive, even with the costs divvied up between her and her roommate. Would almost be worth it, were it not for the shouting matches her roommate and her boyfriend would hold on a near daily basis. Winter was approaching, the heat would be used more, and the utility bill was gonna spike. Had to continue paying off the car, plus its insurance, plus getting an oil change and replacing the rear wheel. And her mother needed help with mortgage payments- she had been hospitalized again-little chance of her returning to work full-time. Then there were the school payments and the groceries and the gas…
Wish I had more money.
Brianna giggled at the thought. That giggling became coarse laughter, her whole body shaking with it, snot dripping from her nostrils, tears from her eyes. She laughed her throat raw, not caring how she looked, and once she was done she sunk to her knees, head in her hands.
All the while, the Windfall shone brightly behind her.