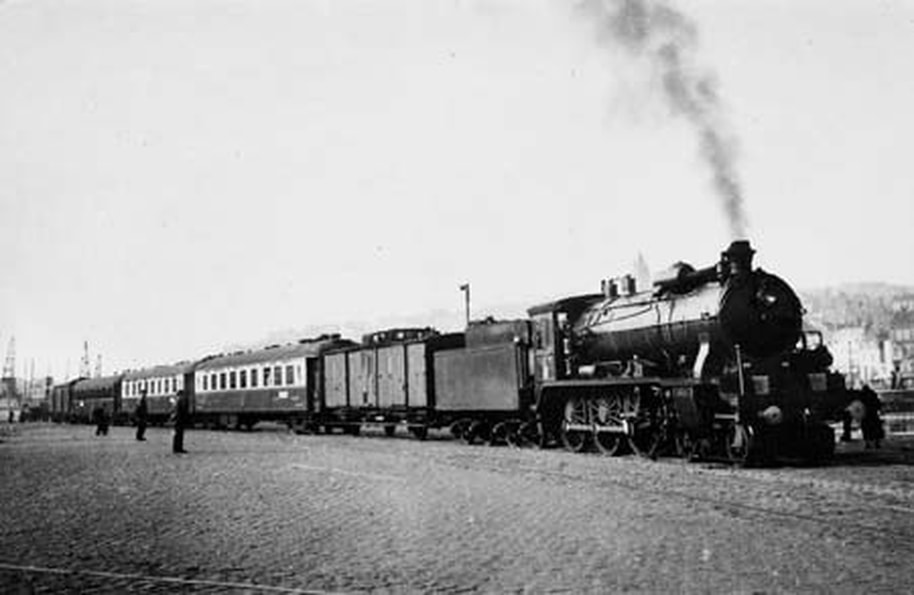 The Angel of Death
Norman Danzig

​       On a cold Sabbath morning, in a small wooden synagogue, sandwiched in between six-story apartment buildings on East 183rd street in the Bronx, Naomi, nine months pregnant, didn’t feel the draft that surrounded her when she and her cousin, Bayla Sharfstein, rose to join the congregation in silent prayer. She leaned into Bayla and recited the memorized two-year-old letter that had left her paralyzed for weeks, unable to speak.
“November 1941, Dear Cousin Naomi, at the end of August, the Gestapo came to our town. We were taken to Krakes where they cordoned off the streets next to the old monastery. Hundreds of Jews from other towns arrived. Someone said there were over a thousand people. There was little water or food. Your sister, Talia, who I thought had escaped, was taken screaming, from the clinic, where she had the baby, and brought into the ghetto with her newborn.
“In early September, on a foggy, wet morning the trucks arrived, four or five at a time. We were brought to the site where they lined us up facing the pit that Jews had been forced to dig and shot everyone. I lay covered with blood from the bodies that oozed from a stomach, a chest, a head. The bodies kept falling on top of me. I couldn’t breathe. Finally, the shooting stopped. I lay there for, I don’t know how long. It was dark. A quarter moon rose. I clawed my way up and shoved aside bodies. I turned someone over and, my dear cousin, I am sorry to say, but it was your brother’s face, frozen, contorted, his mouth open, eyes half shut, holding a baby. I pushed them both away and dragged myself out of this death stew of body parts, blood, and mud. Somehow, I have survived all this. I appear to be the only one. I don’t know why. I am somewhere in Poland, out of hospital, safe with a group of partisans who help me and care for me.
“Please forgive me for writing this to you. I saw no other way.                 Your cousin, Yitzchak.”
She sat down. She could not see her husband on the other side of the separation curtain, but she knew Avraham Mordechai sat with his head between his hands weeping.
“Bayla, five months went by without a letter. I missed their handwriting. I missed reading about what each one had done. They wrote on every surface of the paper. When they ran out of room at the bottom of the page, they wrote on the sides trying to tell me more. It didn’t matter to me what they wrote, even if it was only about the weather.”
“Did you know they all wrote to me in Hebrew, except my mother. She wrote in Yiddish.
Bayla sat, but didn’t say anything.

“No letter from my family. Week after week. From the time I woke up in the morning until late at night, I walked in circles around the apartment, then outside, around the block. Avraham said goodbye to me each morning before he went to work, and said, ‘Maybe today?’
“Finally, I got the letter. I opened it; shadows flew from the envelope. I thought I caught a glimpse of my brother in the distance of what might have been; white haired, a finely trimmed mustache, with wire rimmed glasses lecturing a class on the fundamentals of hydrology. Aviva, his wife, sat outside the classroom waiting with their daughter Ruth, and her son Solomon.
“Avraham wants to name the baby after my parents. But how can I do that. I’d call the baby’s name and all that had happened to them would strangle me.”
“You’ll tell him. He’ll understand.”
They stood with the congregation while the Rabbi took the Torah from the Ark for the reading of the weekly portion. Her grandson, Solomon, standing in front of her, asked her to play.
She said, “You must be quiet, it's krias hatorah,” and shushed him.
“Naomi, please there’s no one here.”
Bayla held her hand. She helped her stand to listen to the singing as the Rabbi gathered children behind him, and walked, and danced around the synagogue, holding the torah, leaning it towards those on the aisle, so the assembled could touch and kiss the torah.
Naomi said to Bayla, “The doctor says it’s time to move on. Bayla, do you think two years is long enough?”
“Shh, shh, don’t upset yourself, you’re very far along. You don’t want to do anything that could hurt the baby.”
“I should have gone with that evil man.”
“What man?” Bayla said.
The Rabbi brought the scrolls to the front of the synagogue, placed them on a table facing the assembled, and prepared to read the portion of the week. Naomi, saw her family together. Papa would say the blessings on the wine and the challah. Her mother would direct her and her sisters when to bring out the matzah ball soup, the broiled chicken, the roast with potatoes and root vegetables. The aromas filled the house with joy. She saw her brother, her sisters, and their spouses and children come in from the cool night air and join the table. She motioned to Talia to move closer.
She said to Bayla, “Would you like to meet my sister?”
“Please Naomi you need to take it easy.”
She turned to her left. “Talia, say hello to my cousin.”
Bayla took her arm. “Let me take you home. You need rest.”
“When I left, how could I have known I would never see them again?”
“Shh, do you want to stay for Kaddish?”
Naomi nodded. She sat, her mind quieted by the familiar notes of the torah reading rising and falling. After the portion of the week was read, and that part of the service concluded, Naomi waited for the Rabbi to invite those who needed to say the prayer for the dead to stand.
“Yiskadal viyskadash shmay rabah…May His name be praised and made holy…” She finished the Kaddish. Once again, her demons, surrounded her. They grew out of the shadows, took hold of her, and controlled her life. In the back of each vision, stood a tall rail-thin man with a bowler hat. Some spoke to her; some she understood; others not, but always the same, “You’re to blame. You did it. You could have saved them.”
Frozen in her blood-red-vision of the death pit, she could not breathe; she could not move. Bayla tugged at her arm to no avail.