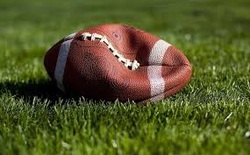 The rain had stopped, but the air was thick and
smelled of green moss and black dirt. Steam rose
from the muddy creek, and mosquitos buzzed in
marauding packs. Mamaw sat on the porch, blotting her face and neck with one of her late husband’s bandanas.

"Why do we have to go see Miz Ives?" Candy asked. She was visiting her grandmother for Easter and was put out that she had to take part in this gruesome ritual.

"But going to a grave is creepy."

Candy was from Shreveport and found the practice barbaric. Certainly nothing anyone from the city would ever, ever do. Dancing on some old lady’s grave.

"But there’s nothing there anymore, is there?"

"The Petite Maison is gone, but the ol’ arch is still standin.’"

"But we’re not even related to her."

"Then you livin’ in her house."

Candy sighed. There was no use arguing.

Miz Ives had taken Mamaw in as a little girl and raised her and let her live in the back shack when she started a family of her own. And for some fool reason she had a Petite Maison, or Little House, built before she passed, and Mamaw had promised to dance over her grave every Saturday before Easter, which was her most favorite holiday.

When Mamaw and Candy arrived, they tended the grave and pulled weeds and trimmed back overgrown bushes, and after an hour in the thick and dense air Mamaw pulled a pitcher of lemonade and finger sandwiches from a cooler in the back of the truck, and they sat on the tailgate and ate and drank and rested, before Mamaw got up and walked through the concrete arch that used to be at the front of the Petite Maison and put her arms out from her sides and began to spin real slow.

Candy watched as Mamaw kicked up her heels in a fais-do-do, suddenly a young woman again, her face beaming, before climbing down from the truck and walking through the arch and joining in.

"Y’awful quiet, child," Mamaw said on the way back, the yellow glow of the truck’s headlights cutting through the night fog.

"I was thinking how happy you looked when you were dancing on Miz Ives."

"I loved Miz Ives like a mother, and somehow doin’ this for her every year brings her back."

"I’ll dance on your grave if you’d like," Candy said, a little later.