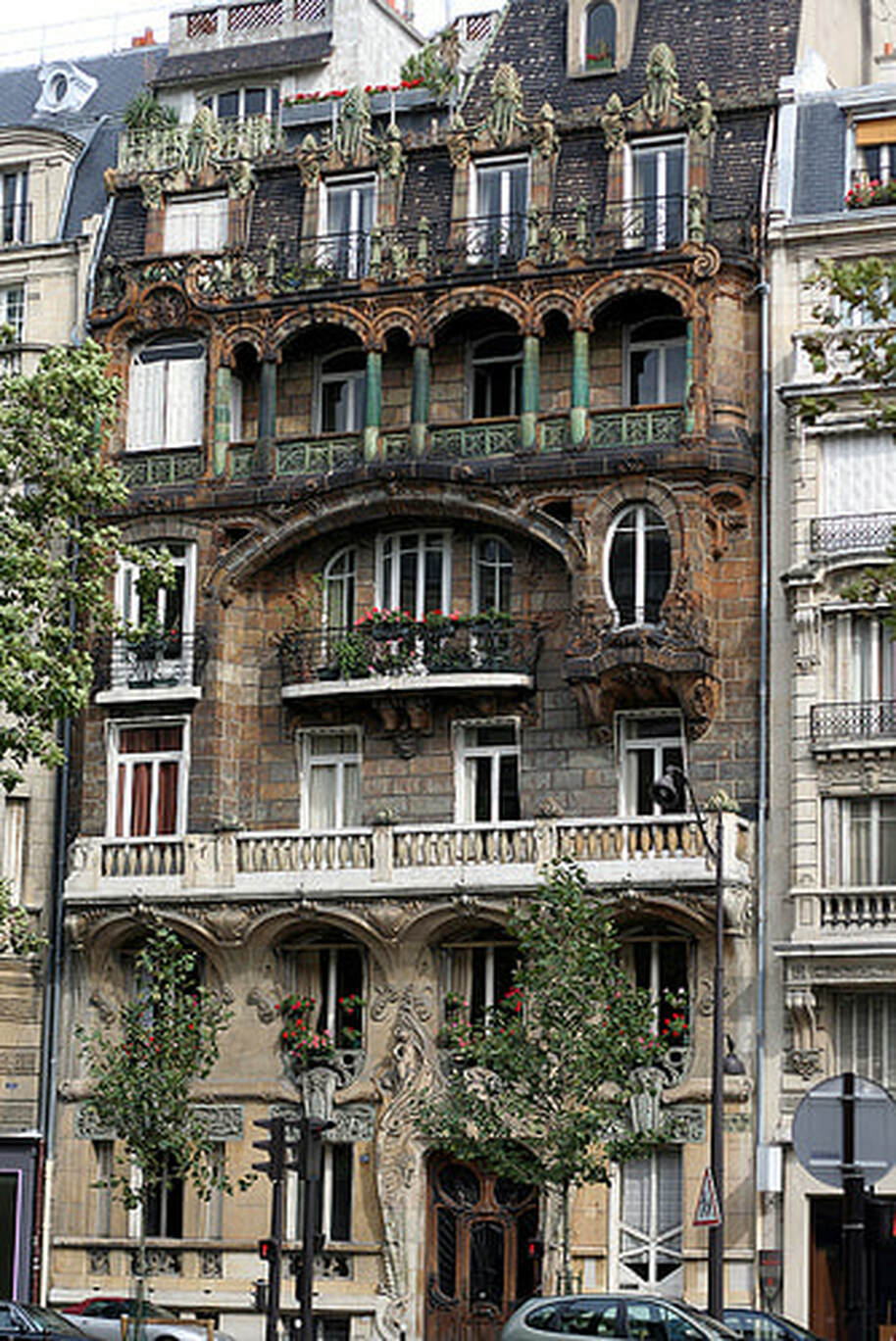 Mr. Orsaz: Story of a Disaster on a Balcony
Cécile Barlier

Three hours before Celio’s arrival: I smoke on the balcony and I wait for the day to break.
The noise from the street doesn’t bother me. It’s not really noise, because it contains a swarm of miniature silences. The pause between the clacks released by summer sandals on the pavement. The hush trapped amid the cooing of the pigeons. The calm sandwiched macaroon-style in the next-door couple’s disputes. The quiet on the cusp of sirens’ tests. Later, when traffic hour comes and sweeps through Paris like a Mongolian horde, thousands of cars and buses and bikes create a drumroll from the city’s entrails, and underneath comes a vacuumed stillness as vast and secluded as the Orion Nebula.
The fact is that the day doesn’t break, it just billows across the balcony into the thin of the air. It flutters itself in. I haven’t slept. I don’t sleep anymore. I am not ready yet. Which means I need to buy cereal and I need to buy milk. Which means I need to make a list of the things I need to buy. Which means I need to have a plan for what to do with my son, because he is four. Today it is not raining. We will go to the park because he needs fresh air to expend the energy he has in large quantity—especially since he is a boy.

One hour before Celio’s arrival: I am about to leave the building to buy the things on my list when Anna opens the door to her loge and stops me. She looks at me with her divergent squint like her left eye is watching another taller me behind me. She says, “Mr. Orsaz, is Celio coming over this weekend?”
“Yes,” I say. I know she won’t stop there, because she never stops there.
“Would you like me to watch him for an hour or two?”
“That’s okay, Anna, I don’t think that’ll be necessary. Thank you for asking, though.”
This sounds polite and reasonable, it also sounds like I’m in a hurry, but Anna holds up her broom like a flag freshly planted in new territory.
“He is so cute, Mr. Orsaz, so little and so cute. I could take him to the park Saturday. Or even Sunday. You tell me?”
“It’s fine, Anna. I am going to take care of him,” I announce. I will take care of him: I am about to repeat as if my words need to carry the extra weight of incantations. Instead I say, “We have plans.” And I smile the solid smile on which people count.
Anna’s eyes briefly disappear under their respective eyelids, as if she was gathering strength before a possible comeback, but I don’t give her a chance.
“Good day, Anna!” I shout. “See you soon!”
I start walking away with long, decisive strides. I feel the faint motion of the air, I feel the slight swelling of the sidewalk under the sole of my shoes, I feel the buildings on either side closing in. In my back, I feel Anna following me with her eyes shrinking under the weight of her frown like a pair of small dogs resting under a heavy blanket. I hear the mumble of her disappointment in the distance.

* * *
It is several flights of stairs later, and outside the morning is empty. The sidewalk steams from being watered by the street sweepers. A couple is busy talking at the corner of Chardon Lagache; the brunette stares at Celio and me as we pass them. Celio smiles at her, but she keeps on talking to her boyfriend. I wonder if my son has a one-sided smile: a smile that cannot be returned. I wish I could teach him the other smile, the one that can be repaid.
I go on walking and tell myself that we are just going to the park, and that it doesn’t matter if people don’t smile.
Rue Erlanger; I try not to make eye contact with a policewoman dispensing parking tickets.
“Papa, can you tell me the story of Brimborion?” Celio asks.
“Which one?”
“Brimborion.”
And I know I know this story. I know I told him many times. But I hear a long silence that buzzes through me like a laser light that penetrates in one of my ears and whooshes through to the other. I push my tongue inside the roof of my mouth to clear the air, like I used to do on mountain roads when the altitude changed too quickly. I think, It is the story of a small boy called Brimborion who doesn’t want to… and suddenly it is gone. I panic, because how can I explain this to my son? How can I not know Brimborion anymore?
I want something to happen now: a surprise. Something that steers us clear of the story of Brimborion. Part four in the game: the surprise.
Small surprises are the ones that count. If I can set aside a small surprise for my son, then he will forget that I forgot the Brimborion story and remember this weekend. But what?
​       I say, “Chocolate?” as we pass the De Bruges boutique, and I start to breathe again as I hold the glass door for Celio to get in.

Rue Boileau, I smile the whole way because my world has come back and Celio holds my hand, and this is so true that one woman even smiles back at us.
When we get in the butcher shop, I say good morning to all the people waiting in line. No one answers, but we do not take offense.