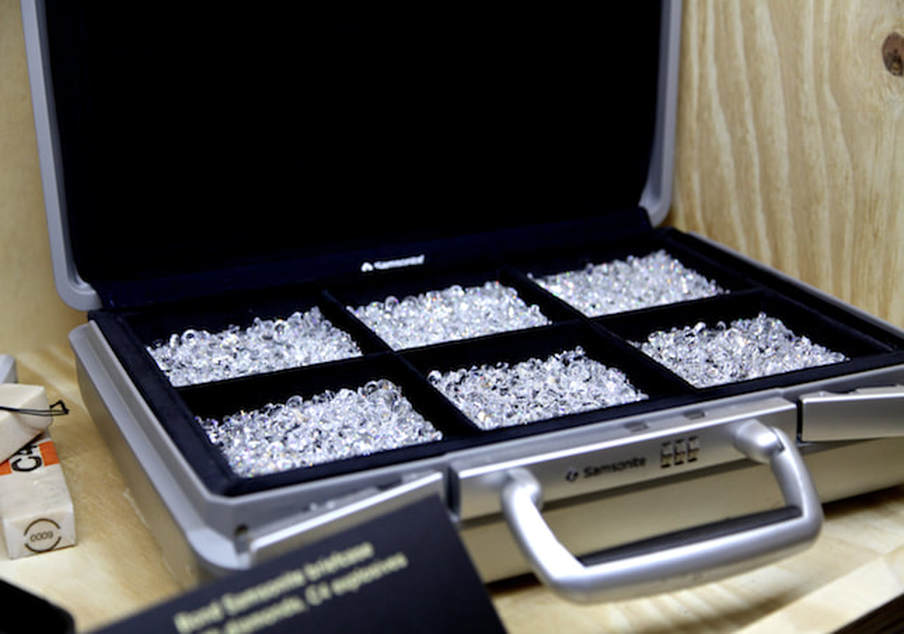 
Most of those days were spent in my car. Stashed in the trunk was a cache of precious stones, neatly sorted and separated, bound in smooth black velvet inside a smooth black briefcase. I purveyed diamonds throughout the south, but usually made it home for the weekends, except when Friday afternoon found me edging the far reaches of my territory. On those occasions, I spent another night on the road.
A late April morning had me driving between two small towns that sat between two larger ones. A light rain dotted the windshield, but the sky held a torrential promise. I noticed a skip in the engine and then caught sight of an undue amount of black smoke exhausting from the rear. I purposely drove something outdated, full with dents and rust, and it looked as if my choice, though well-reasoned, had caught up to me. The next town was five miles further, but they passed like fifty, the smoke having been joined by a faint tick turned all-out knock. At last I eased into a settlement situated just off the main highway.
The garage had a connected coffee shop that gave an impression of leisure. I entered the garage and was greeted by the expected smells fanning about. A man half-hidden behind a newspaper asked if he could help me. He wore a straw hat and chewed a twig that spewed indifference with each grind. His coveralls were clean.
“Slow morning?” I asked.
“'Till now,” he said.
I explained the symptoms, and offered subtle confirmation as he repeated them. “Yes sir, black smoke. Yes sir, loud knocking.”
“I'll give her a look,” he said, and returned to the newspaper.
Unwilling to gender my car, I asked when he thought it’d be ready.
His head poked around a down-folded corner. He studied the car from squinted eyes, as if the exterior might offer insight to internal ailments, and said, “I'd say after lunch. There's a coffee shop next door.”
I walked to the trunk to get my briefcase, grabbed an umbrella, and left.
In the coffee shop I stood, much like my car in the garage, as the sole patron. I clinked the counter bell, wondering who it might summon. I did not expect that it would be the mechanic. He smiled as if seeing me for the first time and asked, “What can I get for you?”
I asked for a coffee and we made the exchange. Then he said, “Now if you don't mind, I've got a car to fix.”
It all made perfect sense.
I left the coffee shop and wound my way to the main street. The rain had arrived, but I strode dryly beneath my umbrella. I came upon a jewelry store and clanged my way inside. An elderly gentleman peered from behind workman's glasses. First he looked at me, then at my briefcase. “We've got suppliers,” he said.
“It's that obvious?”
He smiled. “I've been at this a long time.”
“Really?” I asked, wondering how long. “How long?”
“Forty-two years, right here.”
“That's a long time. You're not interested in my diamonds, are you?”
“Like I said, we're devoted to our suppliers. Not enough of that in the world these days.”
The rain had stopped and I backtracked toward the garage. The jeweler’s mention of devotion made me think about how happy my wife would be when I got home. She had to endure my absence, even when I was there. Still, she looked forward to my returns. Hope really is such a depressing expectation.
“She's all ready,” said the mechanic.
I paid and drove away. No black smoke, no loud knock, and I felt a pang of sadness, almost as if I missed them, and I wondered how my emotions could be so misplaced. I pulled back onto the highway. It was Friday afternoon. If I drove fast, I could be home for dinner. I took my time.