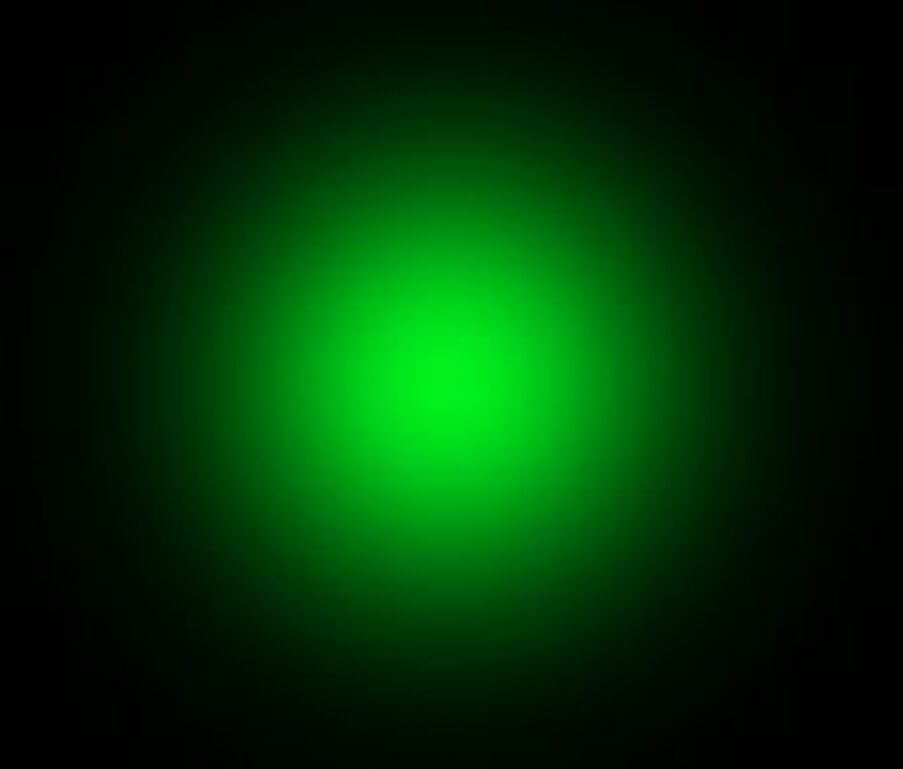 
The letterbox flap clanked. I leapt up from the couch and peeked between the curtains. I should have seen the post office guy’s bicycle, but the car park below was empty. I had no time to run down the stairs and toss the package back out the door, so I threw myself on the floor and covered my ears. No explosion rattled my walls. “Strat,” I said to myself, “they’re trying to unnerve you. Don’t let them win!” I crept down the stairs. At the base of the front door lay an envelope. Could they make a bomb that thin? I poked it with my foot, and recognised our bank’s logo. I tossed the letter in one of the four recycling bins perched on the shoe cupboard. Probably not from the bank at all. Most likely, just some scammer trying to steal all my money.
Rubbish like that belonged in the garbage. Or to be precise, the paper recycling bin. Not the plastics recycling bin. Not the glass recycling bin. Not the metal and cans recycling bin, but the paper recycling bin. Every week the old guy from the residents’ association was banging on my door, telling me in his recycled English that I’d put paper in the glass bin or plastics in the metal bin. Silly old fool. Him and the other residents of our apartment building just wanted us out. They had a thing against foreigners. They knew that I knew what they were up to.
Our block contained six apartments. Three on top and three below. All six had front doors on the ground floor opening onto the car park. Ours was in the middle on top. Next door was the young guy with the fancy hair. He’d introduced himself as “Falcon”. What sort of a stupid name was that? His place had a window facing the road. Every night, a green lamp glowed in that top window. Every night, a different swanky sedan or sports car parked in our designated car space. Every morning, as I peeked through the gap in the curtains, I saw a different beautiful woman leave Falcon’s apartment, put the presents he’d given her in the boot and drive off.
My girlfriend worked at an English school just around the corner between the gambling parlour and the pharmacy. It was walking distance, so we didn’t need a car or the car space. That night she came home after 11, as usual. People of darkness like to learn English at night, it seems.
“Ellie. There’s a pattern.” Everyone else called her Elektra, but I called her Ellie. That was one thing she liked about me, she often said. That and the way I manicured my finger nails.
Ellie filled the kettle. “Oh?”
“The high heels come out the door on Monday morning, the fur coat on Tuesday, the red-head on Wednesday. Thursday, he recharges his batteries. Friday it’s that woman in the sporty Daihatsu, and on Saturday there are two of them, one tall and one short. They’re ruining the tone of the neighbourhood!”
Ellie switched on the TV. She knew the local language. It annoyed me the way she could understand those newsreaders who spoke at a hundred miles an hour.
“Hey you! Staring at the TV! Are you listening?”
“You should get a job, Strat.”
“I went to the pharmacy today and bought this!”
She turned with a smile, but her face fell. “I thought you meant a vibrator or some new kind of lube.”
“I’m going to find out, once and for all, what’s going on.” I took the stethoscope out of the box, plugged it into my ears, and put the cup against Falcon’s wall.
“Who’s in there tonight?” Ellie asked, stifling a yawn as she flipped through the channels.
“Red-head,” I said. “But don’t talk to me. I’m listening.”
“Don't you think that’s kind of sick?”
“It is, and I’m going to put a stop to it.”
“No, I mean listening to a couple of people getting it off.”
“It’s not just a couple of people getting it off. He’s running a business in a residential building. That’s against the law. As is what they’re doing!”
Ellie yawned again. “Since when are you an expert on the local prostitution laws? You can’t even read the language. I’m going to bed. I wish you’d bought something more fun than that stupid stethoscope.” Her breath brushed the back of my neck. Before I could stop her, she yanked the cup end of the instrument out of my hand. “Mind you, we could possibly have some fun with this,” she said. She lifted up her t-shirt and pushed the cup against the unicorn tattoo on her belly. “What can you hear now, Strat?”
I grabbed the tube back and held it against the wall.
“You’re interfering with the collection of evidence,” I said. “And be careful when you go out tomorrow. They know we’re on to them. They tried to bomb us today.”
“Rubbish.”
“Something came through the letter box!”
“You mean that letter from the bank that I found in the recycling?”
“It wasn’t from the bank. It was scammers. They’re trying to steal our money, so we can’t pay our rent and we’ll be thrown out.”
“You didn’t even open it.”
“I didn’t have to. I know how they work. Besides, it might have contained some kind of white powder.”
Ellie sighed. “You should really get out more.”
“It’s best if I stay here. God only knows what they’d try if we both went out for more than a few minutes!”

That night I lay in bed listening to the air snuffle in and out of Ellie’s nose. I finally fell asleep, even though my plan was sloshing around in my brain like laundry in a front-loader. I woke up at five and took the big sharp knife out of the kitchen drawer. I sidled down the stairs and gently turned the lock. I opened the door a fraction and peered through the gap. The full moon hovering above the mountains on the other side of the valley showered silver on the fancy sedan in our parking space. I squatted in the shadows by the back wheel. The knife went into the tyre like a needle into a lunatic’s arm. The air shot out with a dawn-breaking hiss. I fell back against the body of the car behind me. My head hit the rear panel with a wicked thump. “Shit!” I said out loud, before I could stop myself. I ran across the car park and slipped inside. I peered through the living room curtains. The car park was still. One back corner of the trespassing sedan sagged like an old man with a gammy leg.

I stayed at the curtains until the red-head came out. She stared at the car. She put her hands on her hips. Then she went back to Falcon’s apartment. He came out and changed the tyre. Then she drove off.
“Damn!” I said. “I should have thought of that.”
Ellie always slept until 10, so she had no idea.

The next night was Falcon’s day off. He had forty-eight hours to replenish his vital fluids. I had two days to refine my plan. On Friday morning, I slipped out before dawn and slashed all four tyres on the Daihatsu. Each time the air rushed out, I nearly wet myself. But I kept going to the very end. Then I dashed inside and waited.

I’ve never been happier to see a tow-truck. A big, sweaty guy winched the Daihatsu up onto the tray. I could hear its destroyed tyres flopping and flapping as the wheels turned. At about 9 there was a knock on the door. I peeked out through the curtains. A small black and white sedan with a flashing light on top was parked in my designated space. The cops! Now I’d have a chance to tell them about the criminal activities going on next door! But before I reached the stairs, Ellie rushed past me, pulling her nightie over her spiky blue hair. “Aren’t you ever going to answer the door? They’ve been knocking for ages!”
I heard Ellie talking to the cops. The door shut, and Ellie came back upstairs.
“Someone slashed the tyres of the car in our designated space,” she said. “Lucky we don’t have a car.” Her eyes fell on the big knife on the bench. She looked at me. She picked up the knife. “It’s much better if you play with your stethoscope rather than this, Mr Cedrik Jay Stratocaster.” Wow! She used my full name. That was always bad. Then bad became worse. She took the knife away.

After Ellie went to work that afternoon, I turned our bedroom upside down until I found the knife and hid it in my own secret place. Then I turned the bedroom downside up, so Ellie wouldn’t notice.
Early the next morning, I snuck out to do a job on the sedan lording it over our car space. After I’d finished with the tyres, I bent the aerial and broke off the exterior mirrors.
I was thinking about finding a rock to smash the windows when two hands grabbed my arms from behind and gripped them like a python.
“Hey! That hurts!” I said.
I heard words that I didn't understand. Indignation ran up my legs and burst out my mouth. “It’s not me! It’s them! It’s a house of disrepute! You should stop them, not me! I’m just protecting my car space from trespassers! And bombers!” I felt metal cut into my wrists and heard a click. Then a hand that smelt like leather clamped my mouth shut.

Ellie sat on the other side of the barrier. “He’s doing a PhD in sleep therapy,” she said.
“Who?”
“Falcon. His place is set up as a sleep lab. The residents’ association agreed and sent us a letter. You probably threw it in the recycling. Those women are his subjects. They come once a week to be hooked up to the instruments. ”
“I bet they love to be hooked up to his instrument!”
Ellie gave me her shut-up stare. “It’s legit, Strat. I visited Falcon’s prof. The university approved it. They wanted a natural setting.”
”What about the presents he gives them?”
“That’s the payment for participating in the research.”
“He’s a gigolo!”
“Usually a gigolo gets paid by his lady friends, not the other way around, Strat.”
“Even you’re ganging up on me now!” I said. “I can’t believe it! You’ve betrayed me!”
A tear leaked out of Ellie’s eye and dragged a thin black line of mascara down her cheek. “That’s not true, Strat.”
I tried to jump up, but the wrist chains dug into my skin. I started to shout. I can’t remember what. In a moment of clarity, I saw Ellie give a brief nod, which caused the tear to fall from her cheek and form a round, wet spot on her t-shirt. She wasn’t looking at me, but at something behind my left shoulder. I felt a sting in my arm.
“Bees!” I screamed. “They’ve set the bees on me!”
I wanted to pull my arm away, but my muscles had lost interest. I eased back in my seat and stared into Ellie’s lovely emerald eyes, damp like a pair of islands soaked by a summer storm. She had no reason to look so sad, I thought. Then my own lids, in their mercy, closed my long-suffering eyes against the hostile world.