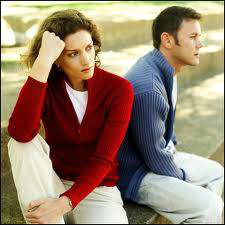 _
Patsy Corman entered Fay’s life unannounced on a gray November morning.  It was Andy’s birthday, and to honor the occasion his mother had taken it into her head that her son’s apartment needed cleaning.  Having parked her Lincoln alongside a fire hydrant encircled by a wall of trash, carrying a mop and a bucket filled with rags and assorted cleansers, she mounted the stairs behind the janitor.  Judging from the veiled black velvet hat, mink coat, and green alligator pumps she was wearing, however, Patsy clearly had no intention of cleaning the apartment herself.  Certain that neither Fay nor Andy would be home in the middle of the day, she’d given the janitor fifty dollars to clean it and was following him upstairs to make sure that he did.

Andy was still working the morning shift at the hospital but was due home by noon.  To celebrate Andy’s birthday, Fay had taken the day off from work and was in the middle of preparing his favorite meal.  She was peppering and buttering a steak in the kitchen, wearing only a pair of bikini panties and one of Andy’s white hospital jackets when the janitor’s key turned in the lock.  Thinking it was Andy coming home early she grabbed a spatula, hoisted herself onto the kitchen counter, hastily undid her front buttons, and exposed her breasts.  Crossing her legs and waving the spatula Miss Liberty fashion, she burst into a breathy Marilyn Monroe rendition of “Happy Birthday.”  The janitor took one look at her and sped back downstairs.  Then Andy’s mother herself appeared in the doorway.  Before Fay could button up and invite her in, Patsy bolted down the stairs in her green alligator pumps, leaving behind her mop and bucket filled with rags and cleansers.  Fay picked them up and took them inside.  Andy arrived a few minutes later, distracted and rubber-legged with exhaustion.

“I bared my breasts and scared her away.”

“Don’t take it personally; my mother is a very sick woman.”

Andy laughed as he walked past her into the bathroom and left the door open behind him as he peed.  Fay hated it when he did that.

“I know, but she just left me standing there feeling like the great Whore of Babylon.”

Andy flushed the toilet.  “I’ll call and tell her to apologize.  What’s for lunch?”

Andy’s new habit of hunching his shoulders, combined with the first signs of his thinning hairline, had conjured in Fay the first of her daily surges of guilt.  Only a week before Andy had informed her that, “statistically-speaking,” she could expect to outlive him by eight years, and be healthier, too.  Guilty about the prospect of her robust American widowhood, Fay had assured Andy that she was definitely not looking forward to spending eight years in a retirement home without him.  Yet at the same time, she secretly cherished her greater endurance, her power to outlast him.  Was it, she wondered, simply a matter of hormones?  Andy was always making fun of her “strange genes.”  Did he do that to pump himself up, knowing all along that she was stronger and would live longer?  Thinking she ought to stop feeding him red meat, she watched him chew his steak.

“Do you love me?”  Fay hoped Andy would stop chewing long enough to say he did with all his heart.

“What’s wrong?”  He got up from the table, tossed the leftovers on his plate into the trash and placed it in the sink without running water over it.  Fay looked at the gristle, the globes of fat forming on the plate, and, bursting into tears, ran into the bathroom and locked the door.

“I love you, Fay.  I want to marry you, for god’s sake,” Andy moaned, pressing his body against the bathroom door.

Sitting on the floor with her back against the bathtub, Fay wondered if there wasn’t something to his best friend Sam Rubin’s psychic powers after all; if, in his hatred for her, Sam hadn’t worked it out so she’d be captive to Andy’s welfare against her will, bonded to him by a kind of telepathic Crazy Glue that could turn even the corroded staircase in the hall outside their apartment into a stairway to heaven at the barest hint of his footsteps.  Maybe it was Sam’s mind control that compelled her to sit in the apartment alone for hours pretending Andy was there with her when he wasn’t; talking to the astral Andy as if he were sitting at the table across from her, chewing on his steak as he had been a few minutes ago.  Andy didn’t even have to be there in the flesh, his presence was so real, so necessary.  At times she felt herself becoming Andy—on his way home, his thinning hairline bathed in the shaft of light knifing through the broken skylight out in the hall, turning the key in the lock, pale and rubber-legged with exhaustion, not wanting to hear about Patsy—not wanting to talk at all.  Fay wondered whether Sam hadn’t indeed managed it so Andy would possess her, body and soul.


On their honeymoon, Andy had gotten a nasty sunburn.  Feeling it was her fault for insisting on Puerto Rico when Andy preferred Canada, Fay sat up all night in their mildewed hotel room, wrapping him in wet compresses and killing insects.  Falling asleep once during her vigil, she was awakened by what sounded like someone typing in the next room.  Not wanting to disturb Andy, she decided against calling the front desk and, slipping on a tee shirt and a pair of shorts, went downstairs to complain in person.  Swearing that no one was occupying the room next door, the clerk leaned over and made as if to pat her hand.  Leaping out of reach, Fay raced back upstairs and found that Andy had rolled off the narrow bed and was lying on the floor asleep with his eyes partly open, his body a mass of insect bites.  The typing had stopped.  Waking Andy and quickly packing their bag, Fay tossed his windbreaker over his shoulders and fled with him into the pre-dawn darkness.

Getting married was a mistake.  Fay knew it on the first morning of their life together as newlyweds in their Yorkville tenement apartment, when she was awakened by a siren to find herself alone in bed.  Andy, wrapped in his ash and semen-stained terrycloth bathrobe (which she hated and periodically, but unsuccessfully, tried to get him to throw away), was sitting at the table reading Jung under the fixed death’s head gaze of his study skeleton.  Accompanied by a recorded warning echoing through a loudspeaker, fire engines blared up and down York Avenue all that morning.

Fay placed a sprig of fresh parsley alongside Andy’s omelet but he never noticed it.  When he finally looked up at her from his book, his eyes were glazed.

“Why don’t you say something?”

“Because there’s nothing to say.”

“I’m too tired to talk.  I fell asleep on my feet in the operating room yesterday, and the day before that I almost fell asleep in the middle of taking a patient’s history.”

Leaving his omelet uneaten, Andy got up from the table and threw himself down on the sofa.  “You’re not a burden,” he said, falling asleep before she could answer him.

Gradually they passed from their prolonged adolescence into what Andy liked to call their “productive phase.” Why shouldn’t he feel productive, now that he had a certificate from the Jung Institute on his wall and an office full of patients?  Seven years of intensive Jungian analysis hadn’t put a dent in his fear of being buried alive, but that didn’t seem to faze Andy.

Still plodding along on her Ph.D. dissertation and making peanuts as a yoga instructor, Fay didn’t feel very “productive” in the way that Andy defined it.  But dying held no particular terror for her.  Yoga meditation had proved that she was living and dying and being reborn from moment to moment, and would go on doing so indefinitely.  She had no problem with that.  What continued to dog her, however, was the enigma that came in the form of her attachment to Andy.  She could never figure out how two people could be so attracted to each other and so estranged at the same time.  At times she felt like a fossil embedded in amber, waiting for her old karmic misdeeds against Andy to be dug up and exhibited so both of them could move on.  How many times before had they played the blame game?  Too many to count, probably.  Clearly, this time around it was Andy who had earned the right to settle old scores by changing the ground rules of their relationship and hurting her deeply.  Had he done it deliberately?  Had Andy planned all along to present himself as a victim in order to pay her back for hurting him in a past life?  Whatever the reason, Fay resented him for it.  Even more, she resented her father for fooling her into believing that she wasn’t “needy” (like her mother) and could stand on her own two feet, like a man.  In her despair, she’d grown witchlike and dangerous, even to herself.  Was she in limbo or had she already been cast into hell?