This Is My Montauk
Lou Gaglia 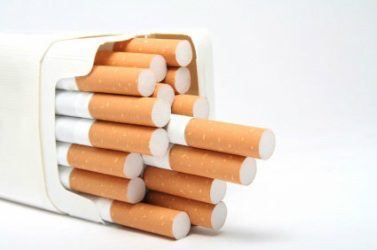 Jackie’s sixth floor apartment on Chrystie Street was dusty, moldy, chain-smoke-filled, cat-hairy and cat-urine-y; and Jackie herself hacked and hawked between sentences, sitting on her bed and telling Jim, who’d known her dead son, and Glen, Jim’s friend, all about that bastard landlord’s refusal to paint the apartment unless she got rid of her two cats. Glen stood close to the door, trying to breathe only shallowly against the smoke, hoping the visit would be a short one, and that he and Jim would be on their way downstairs and across the park to watch the Chrystie Street basketball tournament. But Jim’s friend, Jackie’s son, had died of an overdose only a few months before, and this was his friend’s mother. Jim looked at Glen, who already knew what Jim was going to say.


It wasn’t only paint they later hauled upstairs in two trips from a Canal Street hardware store; it was the paint scraper and the primer and several brushes and turpentine and a tarp.


“Eddie was a good friend of mine,” Jim explained, stopping Glen from paying on the second trip.


Glen was there, helping Jim set up and move the furniture away from the walls, but when he tried to open the two windows for some air neither would budge. Jackie offered them Pepsi in  cloudy glasses, and Glen set his down on a table. Jackie sat on her bed, smoking a cigarette down to the end, then immediately lighting another. Glen tried not to breathe much, wondering how long the job would take, and how much smoke and fumes and toxins and disease was going to seep into his body during this afternoon of painting.


“Where’re the ladders, boys?” Jackie laughed, and her laughter turned into a red-faced coughing fit. Jim and Glen looked at each other, chuckled, and headed for the door, Glen himself coughing out the smoke on his way out.


Two borrowed-ladders-from-the-Super later, Glen stood on the last step of one to paint near the ceiling. He’d tried chipping away old paint first, but a large chunk of plaster came down with one scrape, so he painted over everything, cracks, bumps, and all. He looked behind, relieved to see Jim painting, not scraping, too. Maybe it would only be a two hour job.


It was hot and stuffy, though, and every time Jackie hacked, Glen held his breath against the germs.


“She’s sick,” Jim had told him on the way up the stairs with the ladders. “Real sick.”


“Oh,” was all Glen said, tight-jawed, imagining himself coughing uncontrollably one day, and recalling what started it -- the marathon paint job on Chrystie.


He grew quieter while painting, only half-smiling at the stories Jackie told from the bed, laughing through his nose a little at her punch lines.


Sweat poured down his face, but he let the Pepsi rest in the glass on the coffee table, dust and paint and cat hair and disease inside it already, he thought. He painted faster, slapping it on, while Jackie, not seeming to care how haphazardly he painted, talked on and on.


Later Jim and Jackie were talking baseball, and Glen looked over. It was about the World Series, starting that night, and Jackie bragged that she’d never been wrong. The Reds would win it this year, she said firmly.

Glen laughed, coming down the ladder a step. “Not a chance,” he said, turning back for a final stroke of paint before stepping down all the way to move the ladder.


“Not only win,” Jackie said, and coughed loosely. “But sweep.”


“Wanna make a wager on that?” Jackie smiled.


“No. Bet what?” He stopped painting.


Jackie coughed for a while before answering. “Case of cigarettes.”


“One case of cigarettes.”


“Oh…all right.” Glen stared for a moment at her smiling face, then turned back to hook up the roller to paint the wall. He looked at the impossible-to-open windows.


“Reds have no chance, though,” he warned her between a shallow breath.


“We’ll see,” she said after taking a deep wheezing one.


It was almost dark at 5:00 when Glen and Jim sat on a bench in Chrystie Street Park with coffee and bread from the Grand Street bakery. Glen’s back and arms ached, and he laughed at a twinge that caught him between the shoulder blades when he sat up.


“What’s funny?” Jim asked, looking at the basketball courts where stray games were played, the tournament having ended hours before.


“My back’s funny,” Glen said, glancing at a group huddled near a railing -- an exchange between quick hands.  “Lot of drugs here,” he muttered.


Jim nodded. “Lot of everything here, though. You only see one thing sometimes.” He looked around. “Eddie was a good guy. And she’s a good lady.”


Glen shifted on the bench and leaned his elbows on his knees. He nodded slowly. “Yeah, she’s nice,” he said at last. “And it was good exercise…except for all the smoke.”


“It’s tough. Parents…they’re not supposed to bury their kids.”


Glen frowned, glancing over again at the huddled group which had now broken apart, going separate ways. He sat back again, sipping. “Coffee’s pretty good. Maybe we’ll get a couple of more.”


Jim nodded, looking out at the park and then past it. “This is my Montauk,” he said suddenly.


Glen was quiet, and he looked around with Jim at the handball courts and at the many basketball rims without nets. He looked at the old men sitting on green paint-chipped benches, and at the paper-and-leaf-strewn stone pavement, and at the lane of trees that lined the path parallel to Chrystie Street. “This is my Montauk,” Jim repeated, looking all around. “They can all have their beach vacations, their Hamptons and their Bermudas and their Bahamas and whatever else. This is my Montauk…right here.  I’ll take it.”


Glen took a deep breath and let it out very slowly between slightly parted lips. Looking past two dealers walking toward the other side of the park, he realized that the darkness had already settled in.

The Reds won the World Series four games to none, and when Glen stopped to talk with Jim in the street a month later, Jim reminded him about the bet.

“But isn’t she sick?” Glen said. “How about a case of orange juice instead? Or soup.”

But another month went by and Glen forgot all about the cigarettes. And another went by, and Jim and Glen went for a coffee on a not-so-cold January Saturday, again in the park, and after an hour Jim mentioned that Jackie had died.


“I never paid her the cigarettes.”


Jim looked over at Glen with a knowing smile on his face. “She was on her way out,” he said. “She wanted her cigarettes.”


Glen frowned out into the park.


“Can’t stop it when it’s your time,” Jim went on matter-of-factly from somewhere behind Glen’s slow nod.


* * *
Waiting for the Chrystie Street subway back home to Brooklyn, Glen stood in the center of the platform staring blindly at the crowd. Then he focused on the yellow strip near the end of the platform, and at the many people standing on it or over it, alternately leaning their bodies out over the edge to look for signs of the downtown train. Glen shuddered, planting his feet firmly in the center.  All it would take, you idiots, is one maniac to walk by and give a little shove. One slip up, one off-balance-making push with a forefinger and that would be it, you fools.


The train heading uptown roared in, and Glen sneered at the clustered groups that craned their necks or stretched whole torsos over the edge for a glimpse of the downtown.


“It’s coming anyway,” he spat out to them, barely hearing himself amidst the roar. “It’ll come whether you look or not.”