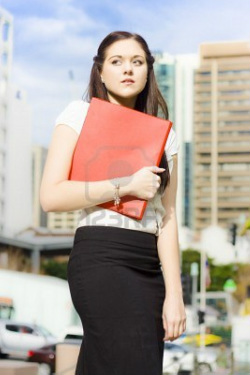 It was an unusually warm day for May, it had been raining and the streets were wet and glistening grey.  I went to his apartment, only I didn’t know it was going to be an apartment, I thought it was some sort of workplace because he had said to me ‘my studio’ and I thought ‘studio’ sounded like a place where somebody must do some sort of studying.  He invited me to his studio to see his photographs, he also wanted to photograph me, he said.  ‘You have such an interesting face!’ he said.  I don’t believe I had an interesting face, I think I looked like any other frightened seventeen-year-old girl, but that is what he said.  Also he was not exactly a man but a professor at the university, my professor of English literature and it was my first year at university and I thought professors were serious people, men beyond reproach, to be treated with the utmost respect.  Inside the so-called studio it was very quiet, the air was very still and thick like being underwater.  The Professor showed me a few photographs and then poured himself a big glass of whisky, which I thought was a bit weird as it was only about three o’clock in the afternoon.  He asked me if I wanted one too.  I did not.  He showed me a couple of photographs and then he grabbed me and started kissing me.  I thought I was going to throw up.  He was an old man about sixty years old and bald and fat but very strong.  I started to tremble all over as if it were freezing cold but at the same time I was burning hot with shame.  I was too shocked to say anything or do anything.  The Professor took off his clothes, he looked really disgusting with a pale white body like a fat slug.  He took off my clothes too and then  he slobbered all over me and rubbed himself on me and eventually pushed himself inside me for about a minute.  It hurt a lot but I didn’t say anything.  I didn’t know what to say.  I couldn’t think of anything to say.  Would you please put your clothes back on, Professor?  I tried not to think about anything.  Afterwards I felt like I was going to be sick.  I remember I nearly fell over onto this little table that was covered with artifacts, with little statues and things like that, and photographs of people, probably his wife and his children, maybe even his grandchildren.  ‘Are you all right?’ said the Professor when I nearly fell over.  I said I was all right.  After this he took me to a cafeteria around the corner and wanted me to eat something.  I felt like I would throw up for sure.  But he kept on telling me I had to eat something.  So finally I ordered a bologna sandwich because I used to like that when I was very little.  I hadn’t eaten a bologna sandwich in years but it was the only thing I could think of at the time so I ordered one.  The Professor kept smiling and looking so pleased with himself.  A couple of times he squeezed my hand and his hand was white and also like a slug.  ‘I’ve never had a thing like this before,’ he said.  ‘A thing like what?’  I said.  What thing was he talking about?  I didn’t know.  ‘You’re going away so soon,’ he said.  This was true, I was leaving in a few weeks for Paris to study abroad.  ‘A long distance thing,’ he said.  ‘I don’t know how I’ll manage it.’  I couldn’t eat the sandwich but he didn’t seem to notice.  There was no air inside that cafeteria at all, it was just like being walled up inside an iron cage, I’ve got to get out of here, I thought.  Finally he finished his food and let me go.  I stood on the bright sidewalk just washed by the rain and wondered how this had happened to me.  It was not I who did it, it was fear.  I was shaking so badly with fear, because I thought men like that were like my father, that men like that were wise and good and maybe even holy because they knew such complicated things about beautiful books.  ‘Your poetry is beautiful’, he’d said to me when I’d showed him a couple of my poems.  These were just some stupid love poems I’d written about some guy I liked, but he apparently thought they were about him and now I felt like the biggest idiot in the world and scared out of my skin by his creepy white old man flesh and the horrible sweet smell of him all over me.  After that day it was ten years before I wrote another poem.