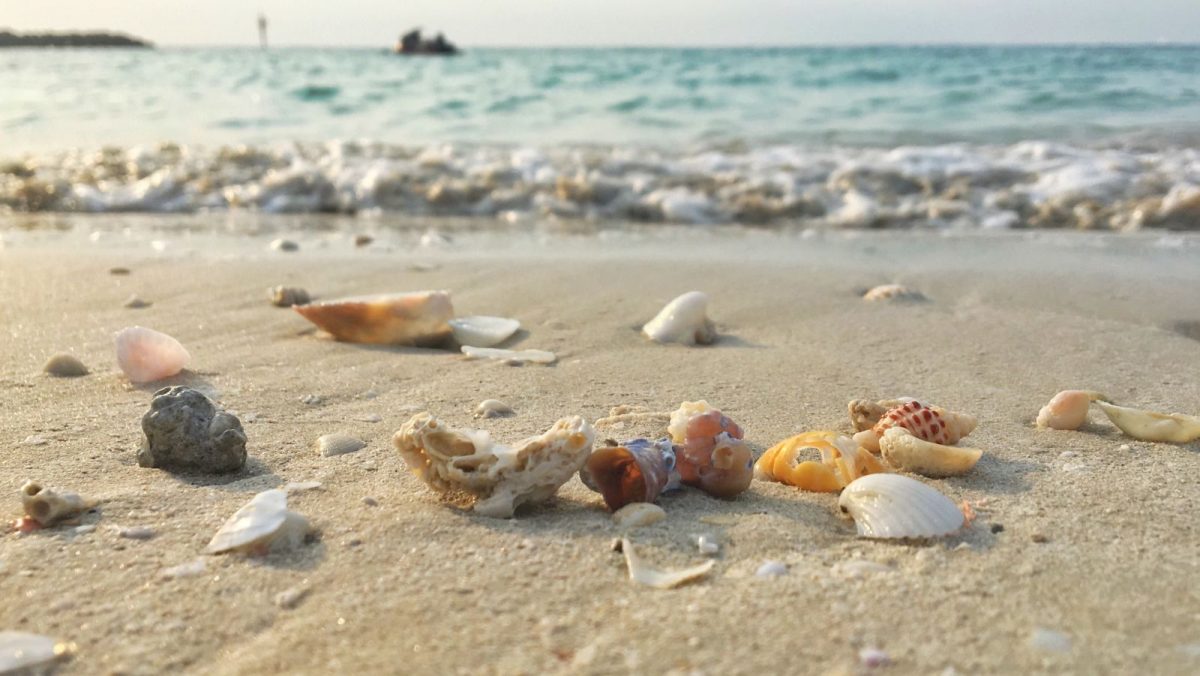 ​       Every morning at low tide she walked along the shore in search of three perfect shells. She collected them in memory of her three sisters. All had succumbed to breast cancer. She knew she would be the next victim. The lump in her right breast had been biopsied. Soon it would be removed. Radiation and chemo would follow, and then like her sisters, death.
Her rental cottage fronted the ocean. Through the salt-sprayed windows she could look across the grassy dunes at the relentless sea. The shells she collected lined the windowsills. When all the sills were full, it would be her turn to fight the malignancy within her. Soon she would be under the knife. Soon she would be burned. Soon she would have her insides cleansed with acid.
The pungent smell of fresh brewed coffee filled the kitchen. At a small table by the window, she sat, stared out at the clear blue sky, and sipped the hot, bitter liquid. With trepidation she reached inside her blouse and felt her breast. The lump was still there. A moan escaped her lips; tears wet her cheeks. Then her eye caught a beam of sunlight reflected off the linoleum floor. She wiped her cheeks, straightened her shoulders, picked up her shell tote, and left for the beach. A steady breeze welcomed her as she walked across the dunes to the shore. The wind ruffled her hair and whipped her skirt about her knees. Once at water’s edge she removed her sandals and let the frothy waves wash across her feet.
Sandals in hand, she trudged along the wet sand in search of shells. As she plodded along, her feet squished and left deep, clear marks at the shore’s edge. She turned her head and looked back at the impressions she had made. Her size-ten footprints trailed behind her marking her passage. With new resolve she dug her toes in deeper and made even bigger indentations.
Sandpipers scurried out of her path. A colony of seagulls sunning on the beach took flight as she approached. Silvery fish jumped out of the water and were swooped up by the ever-gliding pelicans. Alone with only nature for company she continued on her trek.
A pile of shells left by the outgoing tide caught her attention. With a ballerina’s grace she leaned over and picked up a small conch in perfect condition. Next, she plucked a cockle and a scallop shell from the heap. After she carefully placed the shells in her mesh bag, she paused and watched the waves roll in, leave a mustache of foam along the water’s edge, then slide back into the great expanse.
The day’s mission completed, she turned to go home and boldly made a new set of prints parallel to the first. She knew all trace of her would be washed away with the afternoon tide. But she would be back tomorrow to walk and search and leave her mark.