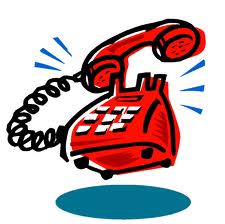 Before her husband’s outburst, Jessica had considered confessing about the missed call. She prided herself on her honesty whatever the damage. The only subject she scuttled around—a perilous country of land mines—was Will’s father, the cause of the outburst. If Will knew what she’d done, he’d neither understand nor forgive her. As it was, he was crumpled over the kitchen table, sobbing like a broken accordion.

Whatever the outcome, her decision was justified; relaying the message would have achieved nothing. Will, forever hopeful, would have ended stranded by his father’s bedside, clutching for words, desperate for any indication of affection. Worse still, it would have cost them their longed for vacation; the chance to save their marriage.

Her husband’s words, pumped out between sobs, spattered across the room. Blown off course by his reaction, Jessica tried to harness the mutterings and link them into sentences. As usual the tirade was choked in “should haves” repeated like a tape loop: visited more often, set things right, called on his father’s birthday: a bizarre idea considering that father and son hadn’t spoken in a year.

In other families the relationship would have been called estranged but her husband would just say that his dad didn’t telephone often. But then neither did Will.

“We’d no idea he was sick,” she said, trying to sound reasonable rather than impatient. “He was the healthiest guy we knew.”  She gripped her teeth to restrain from saying, “Not like your poor mother who struggled with cancer with no sympathy from her husband.”

“If he’d wanted you there, he’d have called,” Jessica said plopping down on a suitcase.

A string of backpacks and carry-on cases were strewn from the door like flotsam. The process of bringing them in and unpacking having been forgotten when Will checked the phone messages: five in all.

“Will, it’s your aunt Betty. Your dad’s had a stroke. He’s in bad shape, urgent that you phone.”

Then the second, “Will, it’s Aunt Betty, your dad died this morning. Sorry to break it like this. He didn’t want a funeral. Call me. ”

Finally, after a sales call and a long message from a friend who’d forgotten they’d be away for three weeks, Betty again, “Kalie said you were off on some canoe trip and had left the cell phone. But call now.”

But Will hadn’t called now; he had collapsed on a kitchen chair, flung his face unto the counter and started to bawl.

Why was she surprised? Once again, her husband had been hurled back to his boyhood tremors. The adventure had been blown away.

Had she risked all and won, only to find the prize ephemeral? It had been a victory. The abruptness of the experience: fatigue, fear, surprise, attacking adventure head on together had shaken them up. A relationship that had withered until there was hardly a sign of life, had burst as green as the rain forest they had ventured through.

All the bad bits that had eaten at their marriage for the past two years: the layoff (which Will could never have admitted to his father knowing the response would be “not surprising” in that unforgiving voice) and the health scare (long nights waiting in hospital rooms to know if she was going to make it) were washed away. Huddled apart from their fellow campers, beneath their blanket like youngsters on holiday, they had fantasized and giggled about the secret lives of the other three adventurers and the probable dastardly deeds of the gnarled old guide.

In quieter moments, canoeing across a lake or stretched out like dried salmon on the shore deciphering the clouds, the phone message had haunted her. Would there be consequences of not telling Will? But although they had shared ups and downs for 25 years, she couldn’t imagine what her husband would say if she told him, there and then. At first, he’d be disconcerted and confused: “What,” he would say. “Betty called?”

Now the message having been delivered, albeit not by her, Jessica crouched on her suitcase and floundered for a response. The balloon of optimism that has given her a lightness of spirit that she and Will could soar above all worries was leaking fast.

If Will discovered she’d heard the first message, he would struggle to comprehend. “You didn’t tell me,” he would say, “Dad was dying and we were playing around in a boat.”  That’s how he would describe it. Guilt would snap him back to his old form.

He’d be horrified that while they had been living a life of adventure blasting through river rapids, their bottoms gleefully wacked at each bump, spray chilling their giddy faces, all those fantasy nights, huddled around the warmth of a campfire, their bones aching but minds exhilarated and hopeful about themselves and their marriage, all that time, in another city his father was taking his last breath.

She had known before they left. She had heard Betty’s message when she had rushed back to the house to get her hat. Will had been anxiously waiting in the car; they were already running late. Hearing Betty’s message, Jessica had jerked her hand back from the phone as if it were burning determined to ignore the call. To prevent any follow up calls, she slipped her cell phone under the newspaper. Swinging her hat, and giving the door a last jiggle, she joined Will in the car. “Thank goodness I didn’t leave this,” she cried out in her cheerful voice. Will was revving the engine and fidgeting for fear they would be left behind.  He’d given her a sly look which she couldn’t read. Almost as if he knew and was racing to get away from a fire on his tail.

Soon after she met him Jessica knew Will was the sort of settled, reliable, warm human she wanted to spend her life with. Her only concern was his diffidence, his inability to make a decision that would offend anyone. He had joined the hurly burly at her parents house in their courting days many times before he had invited her to meet his family. When she asked what the problem was, he had admitted that his dad was prickly. Prickly was a euphemism. From the first comment, “You took your time getting here,” to the last “Don’t kill anyone on the way home” Will’s father was a boor. He treated her like she was an annoying fly buzzing around his ears and Will did nothing to defend her. When she told his mother, a sweet faded woman, that she was an accountant (a fact she was proud to share) his father had snorted, “Bunch of thieves, all of them.”

The relationship didn’t improve with time. Will’s father had refused to come to their wedding, saying it was too far away and when their daughter had been born he didn’t tell his wife until the next day and then in a note, “Baby arrived, strange name.” He hadn’t mentioned it was a healthy girl. The baby had been Kalie and her grandmother, when she could free herself for a brief visit, had been over the moon at her every crinkle.

“Shall we call Betty?” Jessica said, leafing through the phone directory, and writing down the number.

Will grabbed some paper towels off the counter, “Give me a minute.”

“Should we go there?” she asked.

“I wouldn’t ask you to visit dad,” her husband said, quietly. “He was miserable to you. But if Betty wants, we could go see her.”

She was taken aback that he acknowledged how mean his dad had been. That was a first.

Will took the phone and moved into the other room. As Jessica struggled up the stairs with the backpacks, she heard her husband’s comforting “hums” and “yeses” and “sorrys.”

Soon after, he came up to the bedroom and stood quietly watching her toss her clothes into piles of dirty and clean. “What did she say?”

“Oh, all’s fine. They didn’t have a ceremony. Who would have come?  She understood why we didn’t answer the call earlier.”

“Yes, Kalie told her we were away.”

“No, she knew we got the first call, but didn’t respond.”

“What do you mean?” How could she have known?

“You heard it when you came in the house and I got it when I checked the office.”

She watched him as he turned and lifted his backpack unto the bed.

“You got it at the office?”

“Yes I checked in at work when you were packing.”

She froze. Had she heard that right? So he had known and decided to go ahead. Was he sorry?

They both stood riveted to the spot, husband and wife, arms hanging by their sides. Brains churning for the next move, they stared at one another like two cowboys at High Noon, not sure who should draw first.