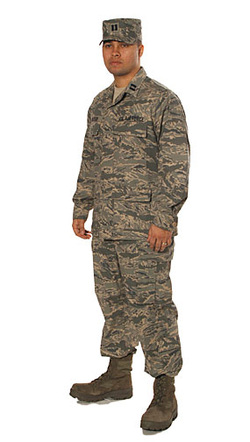 Monday was my first day at Pagers Plus and by Wednesday I was actually making calls on my own, trying to interest people in a free Motorola pager.  I sat at my desk beside the other sales reps, a headset clamped to my ears, reading from the script, listening carefully to the customers’ responses and trying to sound like I was pager savvy.  Which, in fact, I wasn’t.  But I had the script, the product brochures, and the confidence and determination the service had instilled in me.  If I could hit a dinner plate-sized bullseye at 500 meters, I reasoned, if I could rig, camouflage and detonate a claymore mine without killing myself in the process, I knew that I could push pagers on the public.  Once, it nearly worked and I sensed an imminent commitment from a woman who told me she was looking for a way to stay connected to her mother, who lived somewhere in the North and who was suffering from a condition called Seasonal Affective Disorder.  But just as I was about to ask her which address I could send her free pager to, our conversation was interrupted by a cacophony of growling and squealing, at which point the woman told me her terrier Butch had gotten a hold of the cat and she promptly hung up the phone.  I was unable to reach her when I called back that afternoon.
As a perk of the job, the company loaned me a new top-of-the-line Motorola alpha-numeric pager, which I wore clipped to my belt like I was someone important.  I had little use for a pager and only once did it ever go off.  It was Sheila’s work number, so I called her back.
“Honey, I’m thinking about painting the bedroom and I want to run these colors by you,” she said.
“What?  Painting?” I said.  It was nearly lunchtime and I was intent on making it through another page of contacts before knocking off to eat.
“I was reading an article in Redbook and it says a nice soothing green may be the best color to help women conceive.  Which color do you like?  Serenity…it’s like a very light seafoam green, or…”
“Serenity?  Babe, I’m busy.  I can’t talk about colors and paint.  I have work to do,” I said, trying to keep my voice down.
“But you haven’t heard the other color.”
“I have to go.  I’ll see you tonight,” I said, hanging up the phone.
I wasn’t too keen on the idea of having a baby anytime soon, but I never told Sheila this.  After the night of the phone call, I was certain that she must have some misgivings about my state of mind, and my admission that I wasn’t interested in having a baby would have substantiated this for her.  After that night, I felt like an implicit line had been drawn in the sand between us.  Either I could cross that line and get on board with my new life, or I was doomed to be left alone to figure it out on my own.
I was certainly trying to get on board, but I still wasn’t keen on having a baby.  Work, then, seemed like a convenient excuse.  Surely Sheila, a career woman herself, could understand this.
Mostly though, I didn’t want the others there in the office to hear me on a personal call.  I thought it might reflect poorly on me, and I wasn’t sure if management monitored our calls because they were so diligent about tracking our sales performance.
A large dry-erase board had been fitted to one of the walls of the office where I worked.  On this board was a graph with a horizontal line drawn near the bottom.  This line, I was told, represented the baseline from which all the pager sales staff began their efforts.  Vertical black bars, of varying heights, stretched upward from this line and corresponded with numerical values appearing at the left-hand side of the board: 25, 50, 100.  At the top of each black bar was a name: Mickey, Angela, Janice, Albert, Sonny and Marcus.  My name had been added to the far right side of the board.  But as I had yet to make my first sale, there was no black bar beneath my name.  Instead, a short red bar had been drawn into my column, beneath the baseline.  This, Rhonda explained, indicated that I was essentially in the red as far as the company was concerned.  She told me that the company had invested a certain amount of money in training me and that I would need to sell five service plans in order for it to recoup its investment.
I wondered how the company could consider a couple of days of reading through a script with my boss as an investment.  It wasn’t like they were issuing me uniforms, a sleeping bag, weapon and ammunition.  Besides, we were selling pagers, not worldwide peace or prosperity.
But I also realized that it didn’t matter what I thought.  I was the employee and I needed to get the monkey off my back and sell something.  This didn’t seem so difficult to do, but the dry-erase board and the phone call about paint and all the other distractions seemed like barriers to success.  It was beginning to aggravate me because I knew that I could do this.
As I dialed the next number on the contact sheet, I wondered briefly what serenity looked like.

On Thursday I sold my first pager service plan.  It was bound to happen, I suppose.  The customer, the wife of a naval aviator stationed in Pensacola, wanted a pager to help keep in touch with her husband who was often away on duty.  The one-year agreement entitled her to a free, entry-level pager, but she opted to pay extra and upgrade to the alpha-numeric job like the one I wore on my belt.  I told her that she wouldn’t be disappointed with her choice and before hanging up I wished her happy paging as my script directed me to do.
That afternoon, Roy, the tall lugubrious-looking owner of the company, who liked to stroll around the office sipping coffee from paper cups that featured pictures of playing cards – Ace, King, Queen, etc. – walked up to the dry-erase board on the wall and, with the quick flick of his eraser, reduced the size of my red bar by 20 percent.  Then he turned, glanced at me and left the room without saying a word.
Not even a Nice job! or Way to go!, I thought.  Just a flick.  His condescension aggravated me, but it also made me even more determined to sell another service plan.
Just before leaving for the day, Rhonda came over and reminded me about Halloween dress-up day, which was tomorrow.
“I’m coming as Elvira, the queen of darkness,” she said.  “What are you going to be?”
“I guess I’ll come in with a white sheet over my head.  I think I’ll be a ghost, because I’m dead to that guy.”
“Oh, don’t worry about Roy.  He just wants to see his business succeed.  He’ll be your best friend as soon as you sell a few more service plans.”


As it turned out, I didn’t need to sell any more pager service plans.  Friday morning rolled around and shortly after arriving at the office and plugging in my headset, Roy strolled over to my desk and said hello for the first time that week.  He was dressed in his usual business attire – white pinpoint oxford, dark slacks and a pair of long black shoes which reminded me of skis.  In his right hand was his trademark paper coffee cup, which featured the picture of a Joker card.  “Pretty realistic costume you’re wearing,” he said.
For the first time since leaving the service I had slipped on my old desert-tan camouflage utilities, which were soft and faded from the sun.  When I had dressed that morning, Sheila had already left the house to go to work, so she had no way of knowing what I was wearing.  I was thankful for this because I was determined not to give her any indication that I was still thinking about my past.  I was moving on with my life, or trying to.
Still, had she known, she probably wouldn’t have said anything, anyway.  Just as I was pouring myself into my work, trying to keep busy, Sheila was consumed with the idea of redecorating our bedroom, such that she spent all her free time perusing home-decorating stores and pouring over paint samples.  We were preoccupied in very different ways.
Along with my camouflage utilities, I wore my service-issue desert boots and floppy-brim cover, which is what the military calls a hat.  Though this uniform had once helped me blend into the Saudi Arabian landscape, it brought me some curious stares on my way to work that morning, and it seemed largely responsible for my boss’ sudden change of attitude.
“Well it’s all I had on such short notice.”
Looks like the real deal.  Army soldier, huh?” he said, reaching out and pinching my sleeve.  He rubbed the fabric between his thumb and forefinger, spinning it around as though skeptical of its authenticity.  And then he asked me what everyone used to ask me in the months after I returned home from the war: “What was it like over there?”
He stood there sipping his coffee, his white neck looking constrained behind his starched collar.  On his face was a kind of half grin, half incredulous look that seemed to say, Are you for real? or What are you doing here?
“Great place to get a tan,” I said.
“Yeah?  So is Florida.  You getting to know the Florida panhandle by now?”
The other sales reps were already into conversations with customers and I was ready to get to work.  I wasn’t happy knowing I was seen as a liability, an expense, and I wanted to prove to these people that I could do my job.
“I’m getting to know it.”
“Good.” he said, his eyes appearing to look right through me, cold and lifeless.  “Because you know what we do when we see too much red?”
“What’s that?”
Roy walked over to the dry-erase board and picked up an eraser.  Then he placed the eraser up top, hovering over my name, and made a long slow motion down the board, as if he were removing my column.  “We color it white,” he said, grinning.  “You get my point, Soldier?”
I decided just then that Roy, starched and stiff, and with his detached, unfeeling eyes, reminded me of the company lieutenant who used to lecture us about getting our anthrax vaccinations.  He used to tell us that the anthrax would disperse into the air through osmosis and kill those of us without the required two-stage vaccine.  While telling us this, he would flip little white cardboard discs at us as say, “I’m anthrax and your dead.”  He would repeat it to the next man, and the next, saying “You don’t have your shot?  You’re dead too.”  For a moment, I could see these little white discs in Roy’s eyes and I wanted to grab the stapler off my desk and fling it at him to get him to stop and go away.
Roy dropped the eraser back onto the table, turned and walked out of the office.  On his way out I heard him say, “Good morning, Angela.”
I turned back to my desk and dialed the first number of the day.