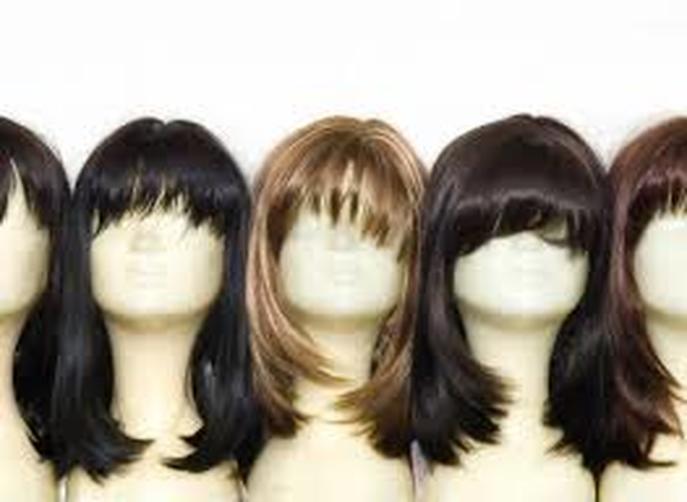 “I’ll meet you in twenty,” I told her.
I didn’t have a car, was too broke. I did comics for a little joint, made a pittance. When Sally got a brain tumor I made a strip of her: bald super-heroine Sally Strong, who could concentrate the power of a glowing brain center and shoot rays from her eyes which could melt bad people and stuff.
I walked to get her at the bus station. She was coming to get the tumor ray-gunned. It was a new procedure. Her parents had both died last year, but she had me, an old boyfriend. She asked if I still was without Jesus. I was silent, so she knew. She said I had to pray for her. I didn’t know how.
It was a cold day, not a time to be sitting out on a bench with the sun on her pale bald head. On her lap the red wig. Next to that the black one. In her bag the blonde one. Under her nice blue eyes bags like tiny gray purses, which hurt my heart.
“So… they kept watching me like a fugitive whenever I changed wigs. The driver was on his phone…peeking in that little mirror. Jesus told me I could give him the fucking finger.”
I kissed her cold head before choosing the black.

​
We stopped at GoodWill and got her a better coat. I gave this huge homeless guy my last quarter. He played a sad little ditty on his harmonica that stuck in my head.
I made her a tuna sandwich with chocolate milk—all I had. “I have some cat food here. This little cat sometimes shows up on the roof.”
“My legs are weak.” She stretched on my lumpy sofa, not five feet of her, asleep in seconds.
I went and kneeled on my mattress. I looked at the stained ceiling. “Jesus? Hello?” The shape kind of looked like him.

In the clinic the ditty played in my head.
The office ladies looked down on us--the tiny girl with the ill-fitting red wig and the Mohawk guy with the black fingernails. Sally had trouble seeing the paperwork. She saw double. She fingered her cross. I watched her fill in all the drugs she had used.
There was a problem with her insurance. They studied the card. Medicaid? And who told you they would pay? It had paid for the chemo, but this…I gave them my number and we shuffled out with our heads down, defeated. But then I turned her around and aimed her face at everyone. “This is Sally Strong,” I shouted. “Give us what we want, or you’ll be melted!”
I tried calling my old man the lawyer, but he had stopped taking my calls since I robbed his house years ago.

The pure white kitty was back. I opened the window and it jumped in and lay on the sofa next to Sally, purring like mad. It was like a large ball of snow, so cold, but then warming to Sally’s heartbeat.
Sally’s headaches crushed her, made her cry. All we had was Tylenol, and her liver was sore already. I didn’t have any pot money.
We fed the kitty and had a few bites of tuna, but no one was hungry.
~ ~ ~

Sally crawled across the mattress and curled into me. She rubbed against me and slid me into her. We had never had sex. She always said it was because of Jesus. Now she called out to the walls and they trembled.
Afterwards she squeezed her head between her arms. It was too much. It would explode.
I fell asleep and when I woke up she was gone, nowhere in the apartment. Her coat was there, her little gloves, and it was snowing out, blowing hard. I found her up the block. She was confused, couldn’t remember where she was. There were two guys spinning her around, snatching the red wig, and laughing. I came at them with my sharp elbows and they beat me, tugged my hair. They stepped on my face with their boots.
A huge arm swung across, knocking them over. It was the harmonica guy. He let loose a howl that split the sky.
He hugged us into his great arms, led us down the street to this store-front church. There was a life-sized Jesus statue inside the door. One of the hands was missing. The hand was on a shelf. The homeless guy hummed his ditty. We sat on the bench.
The big guy took the hand from the shelf and placed it on Sally’s head. “It’s getting warm,” she said, after a minute.
“Feel that love from the Lord,” said big guy.
“No way,” I said.
“He don’t believe?” He put the hand on my neck, where I always had the pain from my old man, easing it away.
“It’s a trick,” I said. But I knew it wasn’t.
We saw the kitty looking in the window just before the snow plastered the plate glass and we were immersed in white.