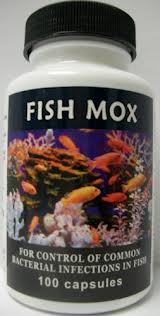 It happened.  I got sick, with no job and no health insurance, and an unemployment debit card that paid me ten bucks an hour, forty hours a week.  Alex, my husband, was camped thirty miles out of town, tree planting for a few days.  We wouldn't see money from that for weeks. Meanwhile, a keen pain had lodged itself behind my right tonsil and festered for a week until it hurt too much to pronounce r's and l's.  I couldn't talk above a low monotone at all.  Tylenol quit knocking out the pain and I started stumbling through chores in a fog.  The ducks needed new pool water, the turkeys were always out of food, and the little chicks needed fresh drinking water.  Luckily, the pigs had food for a couple more days and on-demand water from a large holding tank, and the garden beds weren't bone dry.  Elliott, seven years old and my oldest, took over reading books to Adelaide and Silas.  All three of them must have sensed my stupor and dug up some empathy; they quit fighting and whining.  Maybe, they might love me after all.

I wanted to eat some food, because I got pretty hungry, but I couldn't swallow most things.  Soup burned and toast poked.  Bread was good, but with jam, it hurt.  Cantaloupe was perfect.  Yogurt was too cold.  I couldn't choke down my coffee, or tea, and hardly even water.  I subsisted on melon and honey.  A couple more days, and I couldn't fake my way through chores anymore, but luckily Alex had returned.  I needed to find some pliers to snip out my tonsil; the bacteria had conquered it.  I was not going to get better without medicine, this I could tell.

Antibiotics are not a thing I like to take.  I think it had been five years since I had to.  But, this time, I needed them.  This presented us with a problem.  An appointment with a doctor would cost at least one hundred eighty dollars for the office visit, plus they'd do a strep test, which runs over a hundred dollars in Fairbanks, Alaska. Or, I could wait several more days for an appointment at the sliding scale clinic.  And then I'd still have to buy the medicine.  The total would be over three hundred dollars.  I was figuring out which credit card to charge it to, when Alex remembered that a friend had taken fish antibiotics when he'd had some kind of bad infection.

He'd gotten sick after cutting his hand while dipnetting Salmon in the Copper River.  Red had started streaking beneath his skin, from the cut and up his hand.  Someone had told his wife that the pet store had fish antibiotics in pill form that would fix him.  It's the same antibiotic as doctors prescribe to humans, but the difference, they say, is uncertain manufacturing regulations.  It's probably safe, but no professional doctor or pharmacist is going to endorse it.  Our friend decided to take the pills.  He didn't die from the meds, but he did recover from his infection.  He was back to milking his goats and tending his vegetables within days.

I decided to find these pills and take them.  In my barely lucid state, I did some internet research.  If I was my teacher, I would not have liked my sources.  What I read were forums and blogs about humans taking animal medications.  All sorts of Americans out there on the web are talking about Fish Mox for human consumption.  Plenty of them claim to use it when they need an antibiotic, and say it works.  I have always told my college freshmen students that blogs and forums are bad sources, and it's true that I don't know anything about any of the bloggers.  The thing that strengthens my sources is the sheer volume of firsthand accounts of people who say they took fish amoxicillin and got better. I have to trust that they are all telling the truth, because why would someone lie about taking fish medication?  What would they have to gain?  The pharmaceutical companies, on the other hand, who say not to trust the fish meds, stand to lose a lot money.

I shuffled into the pet store in a broken-fever haze and picked up a bottle of amoxicillin capsules, one hundred of them at two hundred fifty milligram strength each.  I grabbed them right off a shelf next to several other prescription only antibiotics.  At the counter, when I was ready to check out, there was a handwritten sign telling me to inquire about local eggs, kept safe behind the counter.  Since our birds weren't laying yet, I requested a dozen, and bought them with my salvation drugs.

I didn't want to charge a doctor's visit and lab tests to our credit cards, because they all have APRs between nineteen and thirty percent.  This could be shortsighted of me, or foolish, or something, but I didn't find anything on the internet about this drug that sounded bad or dangerous, except uncertain factory conditions, which gave me pause; and a risk of being allergic to the drug and not knowing it, which was not my case.  Also, several bloggers who might have been pharmacists said it was unethical to take fish meds, because I didn't pay fair market price or pay a doctor first.

It's the unethical one that hung me up, once I get over how weak the allergy argument was.  A person will still be allergic even if the doctor prescribes it, and if they are, they probably already know it.  But to call it unethical.  Well, that's a yin yang sort of thing.  To use it without a prescription might be unethical, because antibiotics are overused and misused, but more often, that's with a doctor's prescription.  And because they're being sprinkled into people's fish tanks.  I don't take antibiotics until I've been sick for a long time and I'm getting sicker, and if I could go to a doctor without using a credit card, I would.  Anyway, I know my sore throats – I can tell the ones that will go away versus the ones that will fester and grow.

Since it happened to me, I feel there is something unethical about me being forced into taking fish medicine because of my poor financial luck.  I did something wrong in life, apparently, to end up here.  Business school, or nursing school, anything would have offered more security than my liberal arts education.  I just dove in to this path without thinking at all about health care and insurance coverage.  This was young and silly of me.  I forgot that I live in America, where we have to look out for ourselves, and only ourselves.  That's why I'm taking the fish meds.  Because for every warning I read against taking the drugs, I wondered if the doctor or vet was being paid to say it might not be safe.  Their arguments didn't stand up, except with big, scary adjectives used as props.

On the bottle, it says to use one capsule per ten gallons of water in a fish tank, and repeat the treatment for at least two days in a row, replacing half of the water each day.  The water that gets scooped out is full of antibiotics, and it gets dumped down someone's toilet or sink or bathtub drain and goes to the treatment center.  All this talk about trace antibiotics in the water, antibiotic resistant bacteria growing everywhere, and people are dumping pills of it into their fish tanks to keep their ornamental fish alive, without even a prescription from a vet.  If people need a prescription, an animal should too, and maybe ornamental fish don't even need antibiotics. Maybe unemployed me should be able to get human-grade antibiotics without paying over three hundred dollars.

Even if I had insurance, I'd probably still be paying for the appointment.  At least I would have a paycheck, but the bill would still butt into our finances.  There is the insurance deductible, and since we are healthy people and none of us needs a doctor very often, it's hard for us to reach that  coverage threshold where they actually pay for our medical bills.  We had family insurance for one year, and we finally reached our deductible after the vasectomy, but not until right before we lost the insurance at the new fiscal year, when the deductible would have been reset anyway.

There's so much talk among the government people about health care this and that and changes to come.  If I still had my old job, my deductible would have just gone from six hundred dollars to  over two thousand dollars for a family standard plan.  Also, my monthly premium would have doubled at the same time, so that every employee was effectively taking a pay cut.  These are not the right kind of changes.

There can't be a single payer system in the U.S.; politically, it's impossible, even if socially, it might work better.  With what my old policy has turned into, I would be paying almost two hundred dollars a month in insurance premiums, and our deductible would be so high we'd end up never reaching it.  If I paid in taxes every month for single payer health care instead of paying deductibles and premiums, in theory I'd be able to go get my prescription from a doctor for free or for a small fee.  I don't know how all the monetary business works out and neither does anyone else, because if there was a single payer system, all sorts of things would have to change, and each of them would affect cost.  But, it's hard to imagine a system worse than what we have now.

As for me, within a day of starting the fish medicine, I could talk without pain.  The next day, I could swallow and eat, and I felt like a normal sick person.  By the next day I didn't feel sick at all.  I took five hundred milligrams two times a day, for ten days, per some advice from a reputable seeming website paired with all the advice I've received from doctors over my thirty-plus years.  I checked the dosage for tonsillitis and for strep throat - it was the same for both - and then I checked it on another site, and another, and followed the matching advice.  When my ten days were up, I didn't feel any threat of relapse or weird side effects, except a dose of shame.