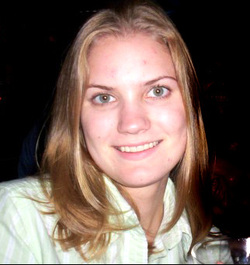 And then, with his strong right arm, he hurled his scepter
directly into the very base of the fountain;
the stricken earth opened a path to the underworld
and took in the chariot rushing down into its crater.
—Ovid, Metamorphoses


There’s a poem by Susan Howe that I’ve known by heart ever since my friend Serene and I memorized it one summer, almost twenty years ago, while renting a house in the Connecticut forest.

We that were wood when that a wide wood was
In a physical universe playing with words
Bark be my limbs, my hair be leaf
Bride be my lyre, my bow, my quiver.

Every day after lunch, worn out by long mornings of writing, we’d lay back on the picnic table, side by side, our eyes closed with the sun beating down, our lids grazed by the shadow of clouds as they passed overhead.

“Bark be my limbs, my hair be leaf.” We’d repeat the lines in unison.

“Bride be my lyre, my bow, my quiver.” Metamorphosis of flesh, we become the forest.

At night we’d lay out there again, on the picnic table, under the stars in ink-black sky. We felt safe in a way you never would in New Haven where we lived. I fantasized about Serene, stars swirling through us as we’d lose ourselves in the country air and the smell of dirt, the smell of each other. I imagined myself reaching in, opening her. But Serene was married and I wasn’t ready to act on my feelings for her. Instead, I repeated the words:

Those summers with Serene, in my early thirties, my mind returned to the time of the slumber parties, to that 12-year-old not-quite-love for my girlfriends. I knew it was powerful, but it was still a feeling I couldn’t quite grasp. With Serene I was on the cusp of something—I didn’t know what: a cusp like before, like leaving childhood.

Today, twenty years later, the lines Serene and I would recite by memory on the picnic table have become a mantra, an incantation. I repeat them to bring me back to that shelter: clouds skittering over eyelids, midsummer starlight, an enchanted forest far from the city of men.

In the beginning, after high school, when I first moved east from Colorado, I wasn’t enchanted by all those trees. After growing up with the high, wide vistas of the West, it took me a long time to feel at home in the forest. But those wooded summers with Serene in Connecticut had slowly worked their way into my sinews, my bones, my blood and muscles. And Serene was pure courage: she’d smuggled guns for the rebels in the Philippines, planted rice with the Dalits in southern India, openly supported the unions at Yale. Her life was infectious, and I was taken in by it. Smitten by her bravery as much as by her frequent expressions of love for me, I could only feel safe, untouchable, with her.

With age I’ve lost some of that naive courage I’d borrowed from Serene. Today I spend my summers in another woods, this one in North Georgia. I retreat here often to write, but always with an edge of fear. This swath of the Appalachians in Rabun County is officially classified as a semitropical rain forest. The thick mix of life in this steamy corner of Georgia—tunneling rhododendron, masses of mountain laurel, thick ropes of poison ivy, honeysuckle, wisteria, trumpet creeper, sarsaparilla and crossvine, acres of beech, holly, yellowwood, cypress, maple, oak, birch, magnolia, hemlock, cedar, buckeye, poplar, sycamore, sweet gum, and pine, the jungle-like call of the pileated woodpecker—this profusion will always feel alien to me. As I walk these trails, mile after mile, I am poised and alert: I flinch at rustling leaves, scan fallen logs for copperheads coiled beneath them, listen for the tread of black bear. I am skittish in a way I never was before: in Connecticut with Serene or, even further back, in my home in the Rockies, high above timberline, when the air bristled with the approach of afternoon storms. Still I have learned to love this Appalachian abundance, have come to crave its trillium, fiddlehead, and orange flame azalea. Its wildness brings me solace after the nerve-jangling pulse of the city. But it is not my heart home.

On New Year’s Day 2008, Meredith Emerson was abducted while hiking in these North Georgia mountains. When I first read about her disappearance on January 3 in the Atlanta Journal-Constitution, she’d been missing for two days. The search parties still hadn’t found her, but they held out hope she was still alive.

“This is why I don’t like you hiking alone,” my partner Tamara says.

“What do you want me to do?” I’m defiant. “Lock myself in the house and never go out?” Beneath the bravado I wonder if she’s right, wonder about these forces that are greater than we are.

Meredith’s friends and relatives travel to Blood Mountain, where she’d gone on New Year’s morning to hike with her dog Ella. They find her snow-covered car in the parking lot. Refuse to give up hope. She’s a survivor, they say, has training in the martial arts.

“Meredith Emerson could do anything,” says a family friend. “She is feisty. She is strong. She is tiny and petite, 120 pounds, she can run those mountains. She’s a strong person. If anyone can survive this, she can.”

Authorities are concerned about the subfreezing temperatures at night. They begin speaking about a person of interest, a silver-haired white male, about sixty years old, perhaps with missing teeth, who was seen in the area where 24-year-old Meredith was hiking the day she disappeared. Some witnesses report having seen the man with a dog, talking to Meredith. A water bottle and dog’s leash, found on the trail and turned in to a local shop, turn out to be Meredith’s. Searchers comb the forest, scouring the ravines and grottos. Three days after her disappearance, officials hold out hope that Meredith is still on the mountain, holed up in a cave, staying warm with her dog.

On the fourth day they arrest the person of interest, Gary Michael Hilton, detaining him in the DeKalb County Jail. Three days later he makes a deal to have the death penalty taken off the table in exchange for leading them to the body.

I see Meredith’s mother on the nightly news: her face haggard, the life beaten out of her. I imagine her in her mind, the ground opening up, following Meredith to the underworld. She is thin, like Meredith, perhaps a hiker too. They moved here from Colorado, where Meredith was born. I wonder if, like me, Meredith still felt that tinge of fear in these mountains she didn’t grow up in. Or if somehow Appalachia had become her heart home.

“We that were woods when that a wide wood was.”

Meredith’s mother is crying now, her face disappearing inside her husband’s chest and encircling arms.

It’s the details of Hilton’s confession that are the hardest to hear. How Meredith fought back, hard, when he pulled the knife on her, kept fighting back after he blackened both her eyes, broke her nose, then wrestled her to the ground and tumbled with her down the slope to the next switchback of the trail slicing across Blood Mountain. How he got control of her again with a baton, how he pulled her off the trail and bound her to a tree with black zip ties. How she became, as he put it, compliant. (“Totally compliant,” he says.) How he put a noose around her neck and marched her cross-country to the parking lot. How he forced her into the white van. (“I said get in the van, bitch,” he says.) How she protested then, knew that getting into a vehicle was bad, something to be avoided at all costs. (“She protested,” he says. “No, no,” he corrects himself. “I mean, she was compliant.”) How he laid her flat on the backseat and wrapped her in chains secured to the seat mount with padlocks. How he put Meredith’s dog, Ella, in her car before driving off, then went back for Ella when Meredith voiced concern about her. How at this point, Hilton says, he knew she was doomed. (“I’m gonna tell you right now, there was never any plan to let her go,” he says.) How she complained of a headache and he gave her an aspirin. How they camped together for three freezing nights: he makes a point of telling how he’d given her the warmer sleeping bag and the air mattress that didn’t leak. (“I gave her the best bag, the best,” he says.) How on the third day they took both dogs, his and hers, and went hiking along Shoal Creek. (“And she had a good time,” Hilton says.) How they returned to the van and he kept it running even while parked so they could stay warm. (“I was solicitous of her comfort,” he says). How he was concerned about wasting fuel, had no money; that’s how the whole thing started: his abduction of her was a demand for her ATM card and the way she stayed alive as long as she did was by stalling with different cards and incorrect PINs as they drove from one money machine to another. How on the morning of the fourth day he told her she was “going home.” How he took her to Dawson Forest, walked her into the woods, sat her down on the air mattress, the one that didn’t leak, and chained her to a tree. How he covered her with two sleeping bags and gave her a book to read. How he went back to the van and made himself some coffee: he was losing strength. (“Just staggering. Multiple sclerosis,” he says.) How after the coffee he walked up behind her, said he was going to unchain her. How it was then, at that moment, that he hit her skull with a car jack, over and over. (“You’ll see some defensive wounds to her hands,” he says.) How after she was dead he decapitated her with a 12-inch serrated kitchen knife. (“That’s what it’s made for, in the kitchen,” he says.)

I hear creek water flowing, here in the glow of sheltering leaves where I write. I think of my sister, think of Serene, think of Meredith’s mother. I think of the nymphs as the head leaves the body, as he covers the remains with leaves. The deer scatter quickly at the sound of the van leaving, their white tails waving good-bye.

Bark be my limbs, my hair be leaf
Bride be my lyre, my bow, my quiver.