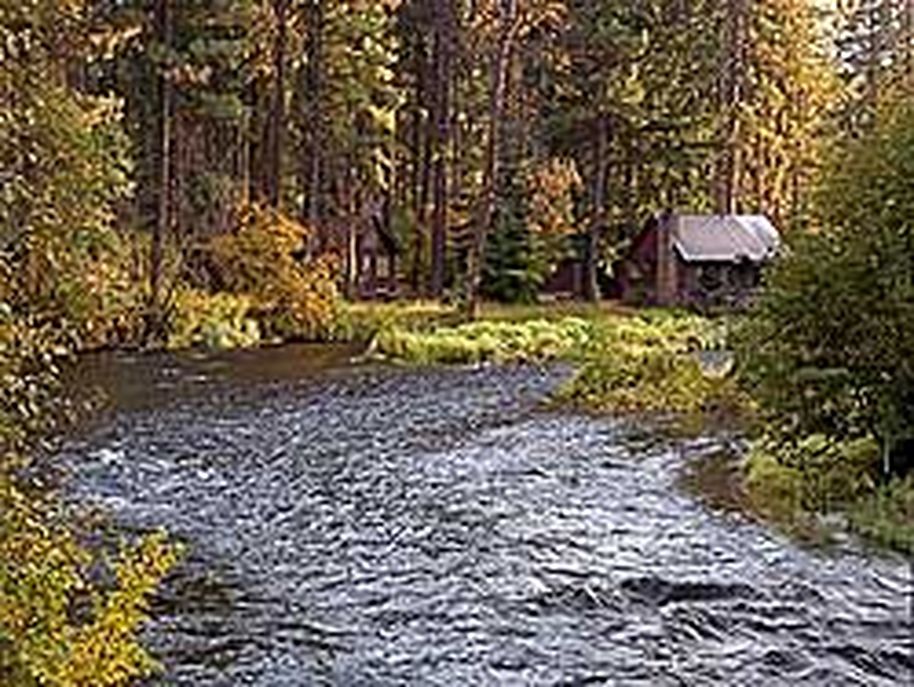 
an otter played in the water of the estuary, where the small river entered into the sea.  then it splashed the water with its tail and disappeared. the small river came out of a forest of great trees. tall, great conifer trees. giants. marsh grasses lined the estuary, deep green with many tiny blue flowers, brilliant blue. there was a sand spit separating the estuary from the sea, from the surf. during the heavy storms the surf would crash over the sand spit and the ocean would swell over into the estuary. driftwood and dried seaweed lay across the sand from when it had passed over. occasionally something peculiar could be found, cast up from the sea. and there were many birds, it was unusual, that there were so many of them. they brought life to the estuary with their songs and with their flight. their feathers were black, metallic black. they were called starlings. the water of the estuary had a soft golden glow in the sun, living water. in the middle of the estuary was a small island and on the island was a tree, unlike any other tree that could be seen. it looked to be some type of fruit tree, but one could only guess. on the island was a rowboat and a boy and a girl. a brother and sister, they were runaways. they had come across the water on the rowboat and set up a camp. the boy was looking into the mist held within the deep forest, he was thinking about where they would go and what they could do. his sister, the girl, spoke absently, talking about the many people they had met on their journey. then she became silent and turned her face to the sea, listening to the waves. she felt safe here, with the wind blowing gently through her rich brown hair. then she began singing softly to herself, a song she had been making up.

a man lived in a cabin beside the estuary, he lived very simply. propane lantern and wood stove, a few books, a radio. a small metal spring bed with thick wool blankets. it was he who had given the runaways the rowboat to cross the water. he had given them food also, wanting to be their friend. this man had suffered great loss in life, words written in sand and washed away. his heart had sunk to a great depth, but now it was coming up again, and bearing kindness. he had become a master with stained glass, knowing the colors in their spectrum and the prismatics of glass, binding them together, like the sunlight in clouds, like the wind touching water. he wanted to take the runaways to his studio, where he did his work, where his creations came into being. his studio had been a blacksmith's shop long ago, at the turn of the century. where a man had forged iron. it was a good place to be. he called out to them one morning, the runaways, to see if they wanted to go. they did.

the runaways liked the workshop, it was a good place for them to get a hold of themselves. he showed them around and told them a little about how he did his work, the cutting of glass, the melting of lead and how he thought about colors and light. he showed them the furnace where he made special glass. he did a few tasks while they all chatted. he turned on the music he loved so well, the music he listened to when he did his work. gentle music. the girl found a piece of scrap paper and pencil and began to write a letter to her father, a terrible man. she had been meaning to write it since they had run away. he was a dark man who had treated them badly, having said many mean things to them. the girl sat down to write the letter to him, where did you put your love? she began, then she paused for a few minutes and looked up to a work of stained glass that had been set against a window, the man set it there to study its light. it was a piece for his work on the Creation, God speaking life into existence. she began again, I dont know if I am coming back. maybe you should forget about me. leave everybody alone. she did not know what else to write so she put the pencil down and placed the letter in her pocket for later. her brother was fascinated with the furnace, the man was letting him melt some glass.

then he took them back to his cabin and they rowed across the water to the island, to their camp. it had been a good day. they were on the island for three days just resting and eating and talking. the girl was thinking of her song and the boy was reading a book about nature the man had given him, plants and animals. he was enjoying it very much. he was a curious boy. the man heard on his radio that a storm was coming in from the ocean so he called out to the runaways in one afternoon and said they should stay in his cabin. he said it would be a big storm and it was. that night he took them to a movie in the nearest little town, it was a good movie. a real adventure. it was good to be entertained. the girl didn't talk much so the man let her be, but the boy liked to talk to the man, asking him about where he had come from and about the things he had done with his life. the man gave him good things to think about. the storm came that night, so they all stayed in the cabin. the next morning they all decided to go to the beach, the sand spit.

the great storm had come in from the sea, it had torn up the beach with great surges of water. the remnant of a sailing ship had been laid bare, the violence of water had revealed what had been lost. the ship had been buried for a very long time, it had been sailed by men from a distant land. they were hunters, killing animals for their skins, for their luxurious fur. a sudden, unexpected shift in the wind had thrown their ship against the rocks and sank it. now its timbers could be seen, strewn up and down the beach. many interesting things from the ship could be found by the man, the boy, and the girl, as they walked the beach, spread out on the sand. cooking ware, sailing gear, rope, wooden boxes, jars. odd and various things. there was a sextant, found by the boy, an instrument for sailing by the stars. it was wondrous in his eyes, brass and finely crafted. the boy lifted it up, studying it as they all walked. the man tried to explain to the boy how the sextant worked, celestial navigation. he was an intelligent and thoughtful man. though the boy could not fully understand what the man was saying the boy was able to see the sextant as an instrument of promise. it spoke to him of men on great journeys, traveling to far away places with great hope. his sister on the other hand had found a lantern. it pleased her greatly and she carried it, swinging it in the wind and imagining its light, thinking of the song she had been making up. then they came upon the figurehead of the ship, a figure placed at the bow of the ship, for blessing and protection. it was the figure of st anna, a holy woman with the gifts of prophecy and healing. st anna had lived in the land from where the men had come. now she was lying on the beach even as a living woman would lay, sheathed in silver. quite lovely in the pale wintry sun.

the girl put down her lantern on the sand next to st anna and began to sing her song,  a most beautiful song in the most beautiful voice. when she was finished she picked up her lantern and set off toward the sea. the man stood for a moment over st anna, and then he kneeled down onto the cold wet sand to touch her face, placing his hands fully on her face, touching all that he had loved, knowing love now, strangely, by knowing how small he had made it, when it was his, in his grasp. and why there is desire. the boy held out the sextant, against the sky, as if waiting for the stars to come out, believing outside of time. the last of the storm clouds were being blown out to sea, casting their shadows across the sand. dark and light. the man and the boy did not see the girl walking into the waves, with her lantern, lit with what could be an imaginary light, taking her innocence into the deep. the seagulls circled and screamed.