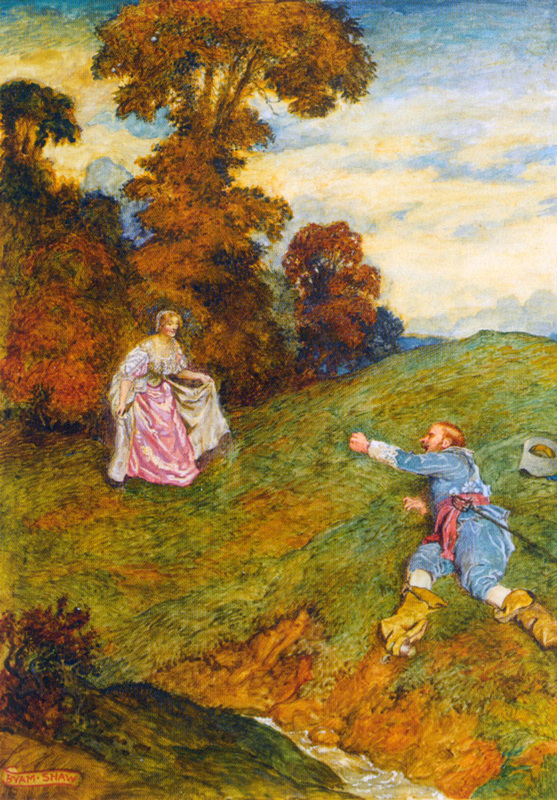 Equemen, Men in Spanx and Other Advancements

“No Fat Chicks” was a sign in the window of a Northeastern University, Boston dorm room, 1988. Thank goodness today, a time of post-feminism, we wouldn’t see such a sign. Publicly. Probably.

Twenty four years later, April 2012 Time Magazine announces that the woman who invented Spanx undergarments (aka old-school girdles) is one of the most influential people of the year. Notice the progress?

Years ago, back when men were men and women were broads, I was a feminist and now I am post. Actually, I was called a “women’s libber” — as in the phrase used by my friend, Baffled American, “I believe in equal pay…but I’m no women’s libber.”

By the way, before we go any further, it is important for you to know that Baffled is a gender-shifter. Yes, like shamans who can shape-shift from human to coyote, when they need to make a point. How is this possible, you may ask. Baffled says anything is possible in this brave new era.

So, as I was saying he, who can also be she, is glad feminism is a thing of the past. Frankly, Baffled never really understood what the big deal was anyway.

Baffled shakes her head, “Like I told you, I believe in equal pay for equal work, but I'm no...“

She has always equated libbers with man haters and she does not want to be thought of as a man hater. Except for that cheap bastard of an ex-husband who couldn't make enough to buy her that Lexus she needed...how could he expect her to drive a two year old model...

Baffled looks at me blankly, "You got something against
successful men and beautiful women?" he says as he slips
genders.

I start to protest, but my friend waves me off and says, with
conviction, " Time for you to get over all that. You no longer need to be a libber.”

Okay, I’m ready to retire, I tell Baffled, but are you sure…?
Baffled decides that what I need is a tour of post feminist
America. He wants to prove to me that, despite the women’s libbers, things are good in post-feminist America. And I want to believe it.

He tells me that just as “you libbers” wanted, men are no longer primarily valued for their money and status.
I am delighted to hear this. How wonderful that men can escape the role that restricted them to being only emotionless working stiffs. I am eager to see an example of this progress.

Baffled shows me a May 30, 2010 article in the New York Times, titled “Just Don’t Call it a Corset” in which I read that “Spanx for men has been a huge retail hit,” and that “Men’s ‘shapewear’ is the ‘next big thing’.”

The next big thing. Men in girdles! Intrigued by this new-found progress, I read on and discover that new brands like Equmen (could this be a play on the word equality?) and Sculptees“have been selling briskly.” The article quotes a fan of the products, a 43 year old software executive from Ohio who owns six Spanx crewnecks and says, “It enhances your figure, it fits tight, sucks you in.”

It sounds exactly like something I might have said to a woman friend! Now, at last, men and women can get sucked in together! And we can commiserate together also, as I would with the man quoted in the same NY Times article as saying “Spanx for Men is all good until you meet a chick…You gain 45 lbs when you get naked.” I feel you, bro… At last, men and chicks are talking about what matters. Plus he didn’t refer to the chick as a broad. I am so moved by all this, I almost start to cry. Baffled pats my shoulder–there, there–and reminds me that the poor guy can always get a tummy tuck.

Next, Baffled takes me to her favorite restaurant, Hooters, for a bite to eat. I mention to her that, in my day, it would have been considered degrading and hurtful to name a restaurant after slang for women’s breasts. Baffled looks at me in with something like pity in her eyes and tells me nobody even notices the name anymore. It’s just a joke, but the libbers never had a sense of humor, she says.

Just a joke. A play on words. I nod my head. Okay, I say. I recall seeing an ad for the restaurant recently that said “Grab Some Hooters.” Okay, I get it. Like saying “ grab some cajones”– meaning balls, but really meaning meatballs or maybe bowling balls. Ha. Ha.

Baffled shakes her head and pats my back–in either consolation or congrats. I’m not sure which.

He reminds me that libbers wanted women to like and accept their bodies. He admits that it was a shame how much women hated their bodies in the past. But he cheers up as he says with a sweep of his arm, "These girls are liberated enough now to wait tables in tight shorts and t-shirts, his eyes are all aglow. "Besides they wear panty hose, so it’s not like you see much skin. Tight orange panty hose aren’t sexy. It’s not like they wear g-strings."

I am confused, so I ask Baffled how this is all different from women being thought of as primarily sexual objects as they were in the old days.

Baffled sighs a great patient sigh. "Only ugly girls don't want other girls to be sexy."

Oh, I say, and who says what is ugly and what is not?
This is too irritatingly dense of me, I know because I can read the expression on Baffled's face. I don't press the issue.

Feeling much more open-minded and sexually liberated, I am eager to see what is next. I ask Baffled if she could also take me to a restaurant called Peckers, where the men would likely wear little tight Speedos. Baffled rolls her eyes, gives a snort and tells me that’s RIDICULOUS.

Oh, sorry, I say and watch TV as we wait for our burgers. The afternoon talk show is doing a story about bat mitzvahs at which the 14 and 15 year old girls get the “gift” of plastic surgery and breast implants to celebrate becoming a woman.

The next program is a music video featuring what looks like a pimp with his dancing ho’s.

Yes, I can see already much has improved. For example, finally, finally everyone is free to refer to females a “ho’s” and “bitches,” just like men always have. Thank God and democracy for the freedom of expression

Baffled directs my attention to what she calls a “cute” You Tube video of pre-teen girls dressed in little stripper outfits, bumping and grinding through their middle school dance competition. And just a couple of weeks ago the news reported that pre-teens could now get padded bathing suit tops.

This tour of post-feminist America is opening my old libber’s eyes. Yes, it’s the age of post-feminism and I am free! Free! I am Bitch Ho, hear me roar! This is what I proudly proclaim as I teeter back and forth on my five inch fire-engine-red stilettos.

Yes, there has been progress on this front as well. Before my time women were considered old after 25. At least now women can be considered attractive and sexual until they are 29.

I take a frantic look in a mirror. OMG… It’s true, I’m an old bag—why didn’t I see that before! Baffled calms me down and tells me not to worry. There is a perfect solution. I can go under the knife to have the offensive old, saggy parts sliced off.

I certainly don't wish to offend anyone with my saggy parts, so I write the check to the plastic surgeon.

Baffled comes to visit me in the hospital to assure me that this surgery isn’t crazy. She tells me I shouldn’t call it surgery, it’s just a “cosmetic procedure.' I”m notice that she looks a tad aghast, though. Lying in the hospital bed there’s no denying that I look as if I was beaten with a baseball bat, Baffled assures me that, if a little nip and tuck helps me feel better about myself, why not…

Right, this is just a little harmless nudge to my self-esteem–I’ll feel younger and that will enhance my self-esteem. We all know it's virtually impossible to have self-esteem once you are not young. Of course, it’s not like I would do this because I have low self-esteem. I felt great about myself as a woman, and as a person before this procedure. I just want to continue to feel great
about myself…

Right, Baffled says, in our county nobody forces women to have cosmetic procedures. If a woman chooses this to feel better about herself–and who is she if not her body– that’s her business. And it also happens to be very good business for the cosmetic industry. Baffled tells me that he heard on the Dr. Oz show that Americans spent 40-50 billion dollars last year on beauty products.

But, I say to Baffled, that 40-50 billion could do a lot for things like health care for the poor, help for the environment or education or…but she waves me off, and says, it’s women’s choice which product or procedure they buy; it’s not like women are brainwashed like they are in those other countries they are forced to wear those awful burkahs.

I nod as I grimace with pain while reaching for my Allure
magazine under the stack of Glamour, More, Shape, and Self ,and Cosmo. I give up because the pain from the stitches under my boobs is radiating red hot through my arms. Damn! I really wanted to read about “10 Ways to Push Wrinkles Away to Pull Him Closer.”

I gingerly press the TV remote instead and see a panel of
middle-aged women on a talk show getting make-overs. I am feeling more confident and make the mistake of puffing out my bandaged chest which results in a searing pain in my solar plexus. I keep channel surfing through “Real Housewives of New York” who are at a Botox party, giggling and getting drunk on champagne, and the young women contestants giggling and getting drunk on beer as they compete in the wet T-shirt contest on MTV’s spring break special. Mothers and daughters having fun—heartwarming.

Note to self: get that skin smoothing stuff that goes on before under the skin illuminating make up. And maybe I’d look better as a redhead…Thank God for the freedom of choice—especially my surgery. Is this a great country, or what? See you in intensive care! I cry out as they wheel me to the operating room, "More collagen! More collagen!"

After the cosmetic procedure the doctor assures me that this will give me a new lease on life. I can find happiness again because I might even attract Mr. Right since I will look young again. True, I nod gingerly careful to not disturb the oozing gauze wrapped around my head from the facelift, a woman can't be happy without Mr. Right.

As soon as the doctor leaves I realize that I sure could use
another vicodin. Or two. Hey, I'm feeling happier already, I think as I push the painkiller between silicone-filled lips as puffy as a blowfish’s. It certainly is a brave new post feminist world, I say to the empty room, and I would smile only it hurts too much.