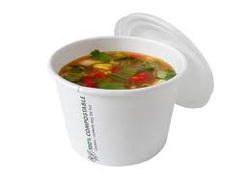 Two weeks, we had said. Two weeks without contact. I was to think about the relationship, the good things and bad, and clarify my feelings and come to a decision. At the end of the two weeks our path would be clear. We would stay together with new conviction or go our separate ways.

That was on the Sunday.

On Monday evening I returned home from work and she was waiting for me in my apartment. She had a key and had let herself in. She was sitting at my desk with a cup of soup and she said to me, as I walked in the door: Has it been two weeks yet? Do you love me yet?

Then she started to cry.

We went to the closet and started to remove her things. We took her shoes out of the bottom – she had six or seven pairs in there that had been accumulating over the past several months. We took her dresses down on hangers and laid them out on the bed. She took her toothbrush out of the bathroom and some expensive face creams she had in the medicine cabinet. There was a year’s worth of her stuff and we were separating it from my stuff and laying it all out on the bed.

She phoned her mother in New Jersey and told her to come get her. It took about an hour to get her stuff laid out.  Then the doorbell rang – her mother – and we carried her stuff down in complicated large piles and heaped it on the back seat of the car.

We came down together with the last load. I leaned in and placed it securely on the back seat. Then I hugged her one last time and she climbed into the passenger seat and yes, the car sped off a little quickly from the curb, I watched the brake lights come on as it slowed to join traffic then turned onto the avenue and was gone.

I went back up the stairs to my apartment.

I looked in the closet and then the bathroom. It was like she had never been there. Then I went into the living area and I saw it. The cup of soup. She had left it on the desk.

It was very quiet in the apartment. I took the cup over to the sink in the kitchen and poured the soup down the plughole. I watched the carrots and tomato cubes and little pasta fragments spread out across the steel of the sink. Minestrone, I thought. I never knew she liked minestrone. I turned the tap on, washing it all away. A couple of pasta fragments lodged in the plughole so I removed those by hand and dropped them in the trash along with the paper cup and the lid.