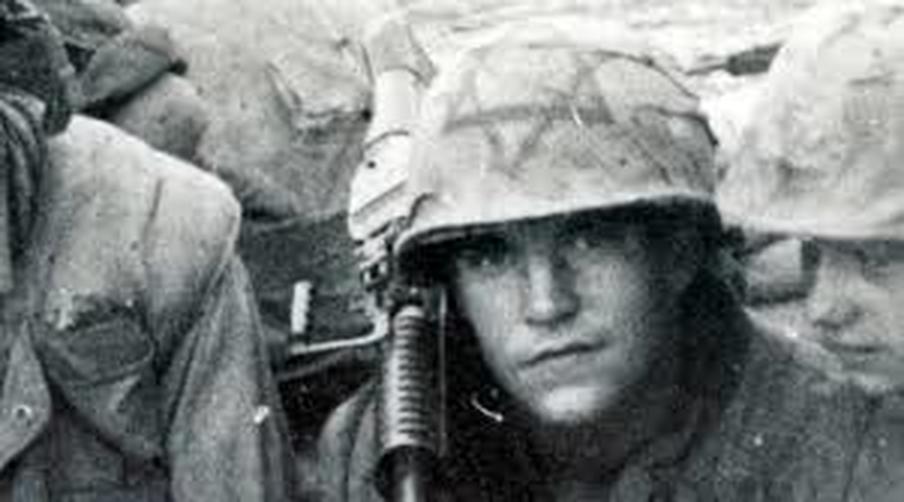 It was shortly before the end of Viet Nam and soon after I graduated from Ohio State that I was drafted.  In the first week of Basic Training, a stocky, curly-haired Corporal approached me, glanced around to ensure relative privacy, and said. “You’re a Jew boy, right?”
It was more an assertion than a question, neither friendly nor threatening but I felt a clenching in the pit of my stomach.
What the hell?!
“No sweat,” he said  “I’m Jewish, too.”
I looked at the name on his shirt.
Rizzo grinned.  “I know.  Everybody assumes I’m Italian.  My family goes back in Italy about million years."
Relieved, I laughed and said, “I didn’t think it was so obvious that I was Jewish.”
“Well not from that name on your shirt, that’s for sure.  But another Jew can usually tell and,” he added pointedly, “so can an anti-Semite.  And there’s never a shortage of those.”
I shrugged.  Luckily or unknowingly, I had never been the target of a slur or threat of violence.
“Is there a problem with that here?”
Rizzo laughed derisively.  “Where,” he said “isn’t there a problem with that?”
Rizzo scanned the barracks again.  “But I don’t have that problem.  They don’t know I’m Jewish.  And if you’re smart you’ll do the same thing.  You do your two years – nobody busts your balls or picks a fight – then you’re home and fuck ‘em all.”  Rizzo’s mouth became a grim slit.  “  I’ve had my share of bloody noses fighting the sonofabitches.”
I didn’t know what to say and then I asked a stupid question.  “So you don’t go to Friday night services?”
Rizzo shook his head.  I had a lot to learn.  “Boychik, pretty soon you’ll be the only Jew in the barracks, and if you bug out on Fridays when the gentiles are mopping the floor and scrubbing the toilets, they’re not going to like you very much.”
“I don’t think so.  Like you said , someone will know I’m Jewish anyway.”
Rizzo lowered his voice to barely above a whisper.  “You do what I do.  You go to church with them.”
I stared at him, incredulous and speechless.
“Hey, it’s no big deal.  You kneel, you mumble, you do whatever, and sometimes,” he said, chuckling, “ you even get a piece of candy.”
I continued to mutely stare, when a frightening possibility occurred to me.   Could this, in itself, be part of some Jew-baiting scheme?  No, I decided.  This was already more than bizarre enough.
“That might be a plan, but I think I’ll take my chances”
Rizzo’s demeanor abruptly changed.  “Okay, Hotshot, do it your way.  But don’t think that makes you any better than me.  I did all –Hebrew school, bar mitzvah – same as you.  I was just trying to give you some friendly advice.”
“I appreciate it, and nothing against you, but I don’t care if they know I’m Jewish.”
Rizzo lifted his brow in mock surprise and stared at the name on my shirt.  “Really,” he said sarcastically. “Isn’t that why you changed your name?”
I felt the jab in my belly again.
“What, pray tell, was your name?  Berkowitz?, Bronstein?  What’s the matter? Too Jewish for you?” With that, Rizzo wheeled and strode away.
Rizzo and I did not speak again in the ten days he had left in the Army.  But that last barbed insinuation has caused me to periodically reassure myself that my name change was to save my future children the frustration and inconvenience of it consistently being mispronounced and misspelled.
That first Friday night when they called for those attending services, I shot my hand in the air – (Hey, everybody, I’m Jewish.)  and looked at Rizzo but all I got was the back of his head.
I think about Rizzo sometimes, but I’ve seldom told anyone about him.  Maybe it’s because whatever bitter experiences compelled him to such extraordinary actions shouldn’t be trivialized by a cocktail party anecdote.  Or, truthfully, it might be something not so empathetic.  Rationalizations and denials notwithstanding, maybe it is a "birds of a feather" thing.
Me and Rizzo?
I may never be sure.
The last time I saw him he was sitting next to a window on the minibus that was taking him to church.