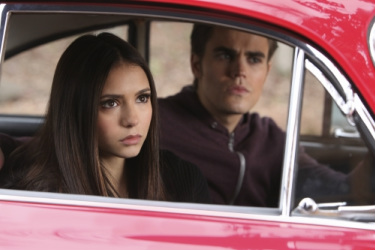 Snow had begun falling again, floating slowly down through the yellow light of street lamps. Leaving the restaurant, they walked carefully across the slick parking lot to his car. She opened her own door.  The wipers swept the snow off the windshield in crescents. He pulled slowly into traffic.

“Showing up for work in your underwear and realizing it’s not a dream,” she said.

There was silence for a minute and then he said, “your mother dying.”

“Sitting in gum,” she said.

“Having your arms ripped off by a turbine,” he said.

“Farting in a crowded room,” she said.

Silence. He watched the road ahead. She looked out her window.

“Watching your little brother get hit by a truck,” he said.

“Speaking in public. I get so nervous. I swear sometimes I think I’m going to pee my pants.”

“Huh,” he said, trying to make it sound like a laugh.

The snowflakes seemed to be darting straight at the car’s headlights, but he realized it was the movement of car and not the snowflakes.

“Sticking a needle in between your toes,” she said.

He turned onto her street, trying to keep his car’s tires within the black parallel lines a previous car had carved in the fresh snow.

“Skidding on black ice and driving over a cliff,” he said.

“A giant zit on your nose,” she said.

He applied the brake gently, rolling to a stop in front of her apartment. He put his fist to his mouth and burped, trapping the air and the faint taste of Mexican food in his mouth. He deflated his cheeks slowly, letting the air leak out through pursed lips. She turned to him, her eyes skipping over his face as if searching for a sign.

“See,” she said suddenly smiling, “I told you there were lots of worse things.”

She opened the door and got out of his car, leaving the Christmas present he had given her at dinner, still wrapped, on the passenger’s seat.