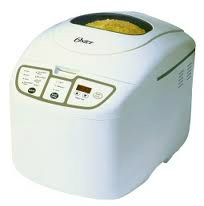 As far back as I can remember, my grandmother always baked warm, soft, amazing smelling homemade bread, which she’d bring to the table straight from the oven, and we’d eat it with butter melting on the steaming bun.

She started to knead the dough right after lunch, then she’d let it rise covered by a towel in the pantry, and, finally, she’d roll some small buns and one big one for the next morning’s breakfast.

Then, in the afternoon, for our five o’clock snack, the buns would be ready, inviting us with a smell that would sneak out of the kitchen, reaching us on the porch or even in our rooms.

We’d run to the kitchen just in time to find the table set, the milk in the kettle, the butter bar and the dark buns waiting for us.

This was a daily and highly expected ritual, grandma’s afternoon job, preceded by cooking lunch and followed by taking care of the chickens and the pigs, or by the making of soap or preparing dulce de leche in the wood brick oven.

However, one of my uncles traveled to the United States and, the day he came back, he brought a package and handed it to grandma:

She unpacked the gift and revealed the white egg-shaped contraption that nobody could guess what it was for.

“What is this?” grandmother scratched her head.

“It’s a bread machine, mom. This is the latest novelty. This way, you won’t waste your time. All you have to do is put the ingredients in it, the machine kneads the dough, let it rise and bake it. Then you’ll have more time to enjoy your afternoons.

“Hum…” grandmother mumbled and left the machine in a hidden corner of the kitchen cabinet, and continued preparing and baking bread the same old way as ever.

But, one day, my aunt came and examined the machine closely. Then she looked for the instruction manual, read it and tried the most basic bread recipe.

The machine began to work and, when it started to shake and tremble, all of us, boys and girls cousins, and uncle, gathered together around to watch it. Soon, we smelled the odor of kneaded flour, quite similar to the one when grandmother prepared bread.

She appeared in the kitchen also and, in disbelief, she watched everything leaning by the doorframe, with her arms crossed and scowling.

“I doubt that something good will come out of it!” she said after a while, but the machine challenged her, preparing a soft and elastic dough, really pretty, according to my aunt.

Later, it started the last stage — baking the bread — and we were already sensing the good smell.

When the machine beeped, announcing that the bread was ready, every one of us ran to check out the results and the machine had definite positive results.

“That’s so easy to use, and the bread is delicious.” my aunt said, “even a child can bake a bread this way”.

And to confirm this possibility, the kids were challenged to prepare the bread the following day.

As expected, everything went fine and the bread was as tasty as before.

So the same scene happened day after day, each one of us taking care of baking the bread in the machine, but we could sense a glimpse of envy on grandmother’s face every time the machine started to work. And she never ate a single slice of its bread.

Once in while, we could find her sitting on a chair turned towards the working bread machine, hands tangled on her lap and a desperate look, almost a confirmation of her uselessness in that house.

Grandmother didn’t bake bread anymore, and she also began to neglect other household tasks. She’d only watch the machine doing a function that was hers before.

One morning, we were awakened by my aunt’s screams.

“A burglar! Someone broke into our house!”

Frightened, we all came to the kitchen and found it ransacked. Pots on the floor, plates and glasses shattered and, worst of all, the criminal had taken the bread machine.

My uncle grabbed a rifle (we had no idea the he had one till that date) and searched the surrounding area to be certain that the burglar had really left.

We were terrified and the police arrived. It was a huge commotion, neighbors came by and many of them told us they would keep doors and windows shut from that day on, since the neighborhood wasn’t so safe anymore.

The only one that seemed to be relieved was grandma. Thanks to the burglar, she got rid of her worst enemy, the bread machine. But my uncle could not avoid saying:

“Never mind mom. When we travel again to Miami, I’ll buy a new bread machine for you”.

But she wasn’t upset at all, and in the same afternoon she had been restored to her former bread-making position.

Yesterday though, while my cousins and I were pretending we were Amazon jungle explorers in the woods in the back of the house, I accidentally tripped on something and fell on the bananas trees. Then I noticed a white thing lying there, on the ground, broken up. There’s no doubt that the bread machine had seen better days. I immediately concluded that there was no burglar after all and the disappearance of it was solely a pure act of vengeance.

I did not tell anyone what I discovered, because I didn’t want to embarrass my grandmother. But earlier today, our eyes met during lunch and, cleverly, I did a sign with my head towards the graveyard of the deceased bread machine. She understood me and, later on, she asked me if I wanted her to prepare some special candy for me.

This secret would be our bond and my ace: tomorrow, I’ll ask grandma to prepare dulce de leche for me, and in the following day, guava candy, and I want spaghetti and roasted pork for Sunday lunch. I’m sure that all these requests, and many more to come, will promptly be filled.