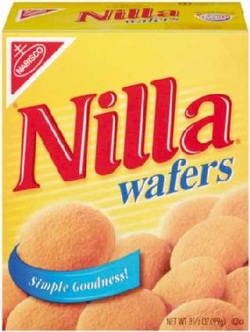 We’d been through all this before.

So we went to the mall. We dealt with many an impasse this way. We crossed the overpass, in that small town, and parked in a far-off corner of the lot. The mall wasn’t so nice. It seemed everything they had was oversized, although it may have merely been that everything we bought was oversized. Memory’s deceptive. I don’t mean just unreliable. It fucks with you. The Nabisco crackers wouldn’t fit in the car. We both wore wooly sweaters. Mine dark, his white. We tried, we tried. Sometimes you just can’t make something work. You don’t always succeed at last, I told Jimmy Cliff, in the sky. Gray and purple, Jimmy an area of light above Matt and me and our impasse and the bare trees and the lot, where people began to gather. At first just a few. They watched us try to push the Nilla wafer box. I thought Matt was being too careful. He didn’t want the crackers to crumble. But were they crackers or wafers? Are crackers wafers? You see my point about memory; this wasn’t long ago. The box budged not. The thing was, as the thing often is, that you don’t know whether at some point it will budge. As in a relationship. As with Matt and I, trying to work out our conundrum. No one can tell you whether your effort is heroic or Sysiphic. I know that’s not a word. I did not know why the crowd kept gathering. I thought this was a small town. I had my suspicions. Go load your own damn cars, I thought. Matt probably was used to this. Why did he so love his Nillas? Cause he was Nilla? I knew I’d absorbed the views of others. Many were not nice. The views, I mean, although, I suppose, what’s the diff? I would read, in the magazines at the grocery store, where they sold so much large food, that Matt was Nilla, and then that thought was in me, and I couldn’t shake it, it stuck like a crumb on a wooly sweater, as impossible to rid myself of as it was for Matt to shake the paparazzi, not to mention certain members of the Affleck clan.

More town folk gathered. Waiting to see if we’d succeed? Wondering at the size of the box? Everything in the mall was large. But not that large. Or—depressingly obvious answer—was it the fame he’d said he did not need to have that had brought them, in their down jackets, this horde, carts full of big things, big toys, big soft drink bottles, truly giant thermoses, to surround us in the far-off corner of the lot?

There is some shit you cannot shake. As I’ve mentioned, it was not a large town.

Would it always be like this? I wondered, pushing the Nilla wafers. I sensed it was over then. I had sensed this before.