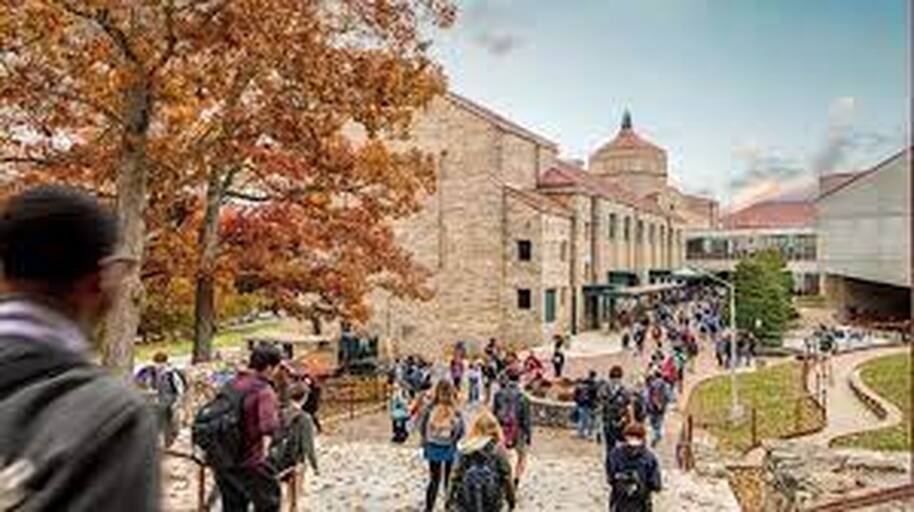 The City of the Dead
Mike Lee
​
This isn’t what it was supposed to be, Tyler thought, while aimlessly driving through the section of town that had been set aside for urban renewal back in the early 1970s. They went in and tore down the houses, moving others before work came to a stop.
The Arab oil embargo, and the resultant recession shut the project down. Blocks of what was once a working-class area, poor but proud, was now a wasteland of concrete paths to overgrown cellars and legacy oaks, with street signs pointing to nowhere dotting the street corners.
It was fall, and leaves wet from the early morning showers covered the streets and pocket-sized lawns, never to be picked up. It felt apocalyptic to him, and Tyler sighed as he punched the radio to the bluegrass station to listen to some old country western from the 1940s.
It was a Hank Williams side from early in his career, probably around 1948. Some gloomy Scots-Irish murder ballad that he didn’t write. Didn’t pay attention to the lyrics, but it was always the same plot; a mountaineer Dostoyevsky of crime and punishment, with the added wisp of a ghostly memory of the victim while the protagonist is in his cell waiting for the public hanging in the courthouse square.
Tyler promised his mother he’d come back to Asheville after getting his Education degree from Appalachian State. He taught a year in training in Boone, before setting himself up at the suburban high school as a Freshman English teacher. They added a special class open to all students called the Politics of Dissent, the school administration being faddishly progressive when convenient.
They added a Minority History course, taught by a Mr. Johnson, who held the distinction of being the only Black registrar in his part of the state in the 1950s. He was close to retirement, and for him it was a welcome change from witnessing—as he said—to a generation of teenagers who never gave civil rights and social wrongs a second thought.
What was done to this neighborhood was an example of a social wrong. It was mainly Black since the turn of the century when the Montford area was built up to handle the influx of wealthy families and tuberculosis clinics for patients needing the cool mountain air.
The area had no actual name, was built for the maintenance workers to work in the clinics and as servants to the wealthy living in the newly built Victorian homes.
That changed with the Depression, and decades of increasing neglect when the city went bankrupt. Later, part of the neighborhood was swept away by a crosstown expressway, the remainder left to decay until the city received grants to clear for a projected shopping mall, which also went bankrupt before the final clearing for construction began.
He took the exit ramp and took the half-mile to Beaucatcher Tunnel, heading for the high school.
After passing through the tunnel, it was a 20-minute drive passing tourist hotels in decline, the new Asheville Mall and K-Mart and leaning right downhill by the drive-in across the Swannanoa River bridge toward the high school.
He passed the old high school, which was now the junior high, and continued on the driveway up to the new high school that opened two years before. It was weird teaching where he had been a student, though in a new building, a giant slab of concrete that resembled a factory with slit windows and limited entrances.
Some of the students had already arrived, hotboxing cigarettes and the occasional furtive joint in the smoking area under the front awning. He always walked through there. He wasn’t that much older, and his shoulder length hair and handlebar mustache deemed him cool to the would-be bad kids congregating in the smoking area.
“Hey, Mr. Plyer,” Bobby Hornsby yelled.
He nodded back and smiled. Hornsby was a redhead with shoulder-length hair. A little too redneck for his own good, but sincere. Was probably going to drop out after sophomore year. So many of them did.
Walking down the main hall, Tyler passed Big Daddy Carver, the principal, out to catch the dopers. They didn’t make eye contact. Carver was his American History teacher junior year. Didn’t like him then, and nothing had changed since.
Tyler avoided the lounge and went straight to his classroom to prepare to finalize lesson plans for the day.
He thought about Big Daddy Carver, who still used corporal punishment. He remembered, all right.
It’s a wonder he got the job here.

The high school was on the alphabetical tracking system, which in practice was used as a class and social system that encouraged and maintained racial and social stratification. With few exceptions, the A and B group were the rich white kids, their parents’ professionals that lived in the toney inner suburbs. C and D were the working-class Black and white kids from the country and neighborhoods named after Civil War battles as well as the projects on South French Broad. Segregation thus remained, even though it was 1976, and the county school board still wrangled over busing. Even if a plan did pass muster, the tracking system guaranteed an internal separation.
It pissed Tyler off, as it did Mr. Johnson, who once spent hours studying the state constitution to figure out ways to get would-be voters registered. They had to memorize an entire section to qualify. That, unfortunately, was the easy part. Getting to the polls was a different story.
Mr. Johnson entered with a tray of two coffees, biscuits and butter.
“Young man,” he said. “You look hungry, as usual.”
He chuckled at Tyler. “First year pay sure does suck, doesn’t it?”
Tyler shrugged. “Well, I could do for some gravy, then.”
“They’re still stirring the paste. Yet the butter is fresh.”

First period was A kids, as nondescript as can be in their Bon Marche togs, and second period was a K-Mart C group. They were good kids; most would graduate and either join the military or run a cash register somewhere. The recession was still full tilt boogie, and the mills, the Enka plant and Champion Paper weren’t hiring. Many would move on to Atlanta, or try their hand at A-B Tech.
Second period was free. That gave him time to listen to music from the LPs he brought for the Politics of Dissent class. He was in the mood for electric Dylan. Maggot Brain by Funkadelic. Maybe MC 5 Back in the USA. Also Kick out the Jams. He had to use the clean version of the album, that knocked out the word “motherfuckers.”
Third period was why he took the job. As he watched the bedraggled dirty dozen and a half come in to be enlightened, Tyler wondered what these kids would do in the future. Most of them came from a mix of all four tracks, and even the D level students were smarter than the level they were shunted off to. Total rebels they were. Hardcore tough guys and gals, Black and white from the few union families in the area, the parents Teamsters who drove long haul, worked in warehouses or were clericals. Those kids listened well.
And they sure did love Funkadelic.
The class plan was deceptively open, shackled with rules, like not openly espouse communism, and limited discussion of the labor movement. So, Tyler stuck to the sixties, which wasn’t all that long ago, but lately seemed to be fading fast in the folds of polyester and rayon. He lectured about the Civil Rights Movement, getting away with assigning Malcolm X Speaks to Mississippi Youth. With the antiwar movement he was allowed to discuss the Weatherman and the Panthers, using Soledad Brother by George Jackson and Seize the Time by Bobby Seale along with other sources. He also played the local Black-owned progressive FM radio station during study time, introducing the class to contemporary jazz and gospel, along with the latest R&B hits.
In his struggles with the administration teaching Women’s Liberation became painfully narrow—and discussing Gays and Lesbians was verboten.
The students, however, knew that which was unspoken. One kid was a self-described Maoist, complete with Little Red Book. He hung out with a mountaineer girl, and intermittently they passed around copies of the October League newspaper The Call, along with the three underground student newspapers. Both were freshmen—and very old for fourteen.
Another, a self-described Satanist, had a mimeographed paper called The Trash Can, that was pretty damn nuts. The union kids nodded and rolled their eyes when he talked. But he was sincere in his crazy. He’d probably end up somewhere no good, but it would be an interesting ride on the way, Tyler concluded.
Tyler liked the Maoist couple the most. They argued well, turned in their assignments neatly written, and took no bullshit from their classmates. He knew they lived in a trailer park on the edge of the school district, were raised by single mothers, and gave off the demeanor of teetering on the edge of explosive rage.
In the class that day, the assignment was to present on their personal experiences in activism. The Maoists were first. They went to the International Women’s Day march in Atlanta the weekend before. Instead of talking about the experience, the girl, Mariah, chose to recite a narrative about being poor in a trailer park, her voice rising accentuated by her cold blue eyes framed by her raven hair.
The boy, Larry, read a polemic calling for solidarity with the American Indian Movement and espousing revolution by a coalition of the oppressed. Listening, the boy struck Tyler as someone who might do something—in fact, he thought both could—if they were given a chance and learned to channel their anger better.
After the high fives from their classmates, the couple sat in their respective seats next to one other and stared ahead, exhausted. It was their first time at public speaking, Tyler assumed. But when he stared at them, he saw the intensity in their shared expressions. These kids were real.
The couple received the highest marks when the year ended. He looked forward to seeing them again when the following school year began in late August. Tyler felt he had found his first kids to mentor and guide toward who he had wanted himself to be, instead of teaching in a school he hated, at a city that he found desolate and soulless.

But on the first day, although they were on the roster, neither appeared in class. At the end of the week, attendance sent him a memo informing the boy had moved away, and the girl withdrew.

Mr. Johnson arrived during his free period with biscuits and cream gravy.
“I know the feeling,” he told Tyler. “Often.”
“And it’s going to be like this on the first week every year you teach here,” Mr. Johnson said. “If you’re good, you work your ass harder.”
He paused.
“In time you’ll see better. Listen closer. That’s when you will truly make a difference. Impact.”
Tyler nodded. “You would know.”
Mr. Johnson broke open a biscuit and smeared gravy using a plastic knife.
“Young man, I’m 57 and I still don’t know enough.”
He took a bite, then wiped his mouth neatly with a corner of a paper napkin.
“You stop learning when you die,” he said.

Tyler went home: into the tunnel, down the expressway, and through the city of the dead on his way back to his apartment complex in Woodfin.
Over the summer Tyler installed a cassette deck and listened to the MC 5 Kick Out the Jams as he passed the aging Victorian mansions on Montford Avenue.