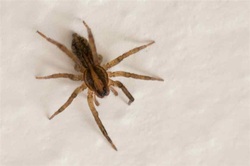 _ Typical rent in Seattle required a kidney for the first and a last month’s rent and a human embryo as deposit, so when Uncle Ali offered Aisha and I a place on the cheap, we accepted. Ali was not really her uncle, rather a family friend and, unlike Aisha’s older brother and father, he had no qualms about our “ungodly” relationship. I joked once to Aisha that, had we lived in the Middle East, we would be certain targets for “honor killing.” She defended her family, even though we concealed from them our relationship. We lied, but not because we feared murderous retribution. Supposedly. She asked that I not make such comments.

We moved for the amazingly affordable three hundred dollars a month. Yet this price had, well…a price. The house ripe for demolishing, with exposed wires, pipes, peeling linoleum floor in the kitchen; I could not imagine how it had passed code. But Aisha and I did not care about such inconveniences. We were in “love.” Love conquers all, right? We could fix the house.

On our first night, amidst boxes and furniture, a spider ran across brown carpet and into the kitchen. When the hairy arachnid hit linoleum, with one stomp, I flattened the bugger.

“They kill flies, and that’s all great, but in my house I show ‘em no mercy.” I grabbed a napkin and wiped exoskeletal gunk from the floor and my sole.

“In Islam spiders are holy. Allah sent them to save Mohammed.”

“It’s okay, you didn’t know.” She beckoned me sit on the couch, and as she explained, she transported me to seventh century Mecca, where Mohammed preached one god, and decried the icons that brought glory and trade to the Ka’aba. Mohammed, by wielding the tongue of the proselytizer, offended the idolaters and unbelievers. The ruling oligarchy decreed he must die. Fortuitously, Mohammed discovered the plot, and with his friend, Abu Bakr, escaped to the caves near Mecca. Assassins bearing scimitars and malice pursued on steeds and swarmed outside, yet spider webs guarded the entrance. The leader of the horde muttered, “Look! Mohammed cannot be here. Let us search further!”

Aisha raised her Egyptian eyebrows, smiled, and kissed me once. I told her, “Okay, I will not kill any more spiders.”

That month I caulked the ceiling and bathroom, knocked down a wall, installed sheet rock, inserted panels over exposed pipe and wire, patched the roof, yet I could never completely spider proof our home. Weekly I performed rescue operations, becoming an amateur entomologist, adept at recognizing the setae of the wolf, hobo, and jumping spiders. When one crawled across the ceiling or appeared in the sink I grabbed a tissue, gently coaxed the critter to safety, carried it outside, and dropped it in the back yard.

Submission, I would learn, when an all or nothing condition and not reciprocal, becomes compulsion. My efforts to pacify ultimately proved futile. Dysfunctions metamorphosed. I compromised for an illusory and fugacious peace. However, soon I found myself solo, walking in parks or on sidewalks, stomping on the random spider. This metaphor took control, for as the year of Aisha progressed I took pleasure in arachnicide, and peace never came.