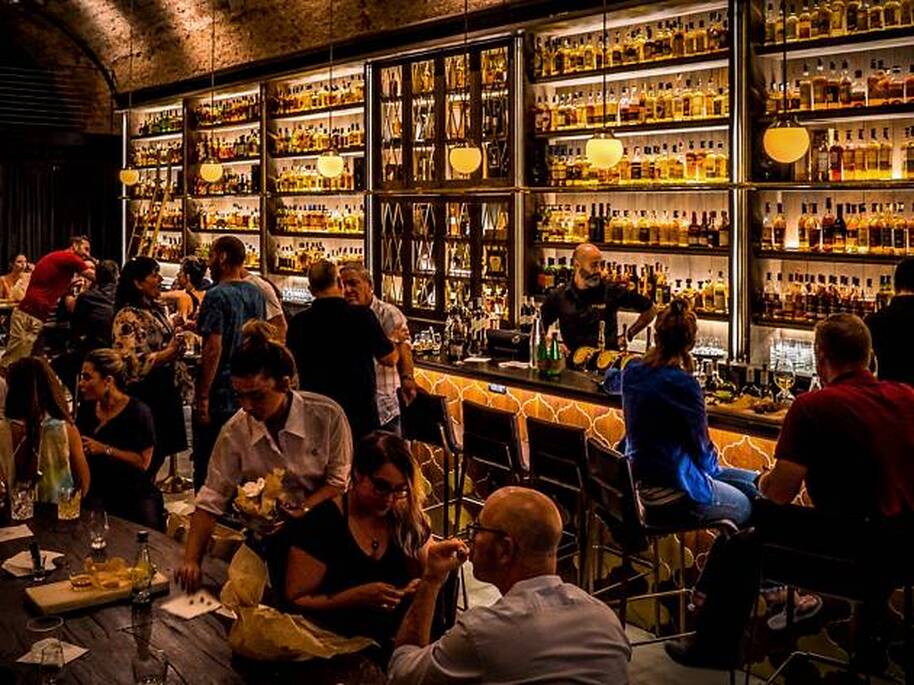 
“Sluts make the world go ‘round,” I answered, but she had already turned her head and I’m fairly certain she didn’t hear me, which is just as well because although I didn’t say “slut” in any kind of pejorative way, I don’t think most people view it as an acceptable term no matter the speaker’s intent.
I may have talked with her weeks before about the New Wave duo EBN-OZN, but I’d done a bunch of bong hits before class and didn’t remember anything about the context in which we may have spoken about EBN-OZN, although one would assume “AEIOU Sometimes Y” was a central part of the discussion if it actually happened which it may have not.
In those days, I didn’t believe women were attracted to me, which is better than thinking all women were attracted to me I suppose, but each extreme would be incorrect and neither version was insightful. I didn’t yet realize how most people walk around nearly all the time with their heads planted firmly up their own asses. I have to admit I can’t recall her name, but when I think about it may have been Lola, but that might be cross-referenced with the EBN-OZN memory, which may not be true anyway, so my guess is her name wasn’t Lola at all because who is actually named Lola anyway?
I saw Lola years later at a bar in Chicago, a whiskey bar that had a couple of DJs playing classic country songs all night, the real tear in by beer stuff and everyone around me drinking whiskeys both domestic and very domestic, mixed with water and some with ginger ale but I was just drinking Budwesier because I wasn’t trying to impress anyone but I also didn’t know Lola was going to be there. Maybe I’d have joined the whiskey parade had I known.
She walked in with some friends and she was wearing a Scully shirt that must have been from a second-hand store because those things are pricey and my memory didn’t associate Lola with any airs about having money back in college.
There was an open stool next to me and she sat on it without asking and of course I’d have wanted her to had she asked so it made no difference. Her friends ordered drinks and the bartender served them various whiskeys, I wasn’t sure which, with ice and Coke and Lola had a whiskey sour which pushed the limits in a place like that but her Scully must have made up for it because no one gave her a second look although but I couldn’t take my eyes off her. She’d cut her hair much shorter than she had it in college, but it was still dark nearly black and her face was still, well, it was doll-like. She looked kind of like a doll.
She took a soft pack of unfiltered Camels out of her purse and I didn’t know where one would buy unfiltered Camels and it made me wonder if she frequented the types of places where the Cigarette Girls hand out free packs to those who can plenty afford to buy their own but whatever.
She lit one of the cigarettes and offered the pack to me, but I waved her off and showed her my half-empty pack of American Spirits, to which she crinkled her nose and exhaled, then she took the cigarette away from her mouth but a stray piece of tobacco stuck to her bottom lip.
“You cut your hair,” I said and gestured at her head with my bottle of Bud.
“I see you’re as sharp as I remember you being in that Logic class, Gregory.”
She knew my name, although no one ever called me Gregory, and I suddenly became very certain that her name wasn’t Lola.
I took a drink from the bottle and steeled myself. “Have you listened to EBN-OZN lately?”
She took a sip of her whiskey sour through a straw. Was it in a hurricane glass? Do they put fruit in a whiskey sour? Maybe it wasn’t a whiskey sour at all, but I’d swear that was what she ordered.
Her friends quickly finished their drinks. The DJ put on “Hello, Walls.”
One of her friends tapped her on the shoulder of her Scully, which was black with intertwining pink long-stemmed roses over each breast pocket, which I took to mean they were on their way to one of those Cigarette Girl bars that close at 4am.
She stood, but before she turned to leave, she kissed me on the mouth, long and slow. Her lips tasted good, like sour mix and sweet tobacco and I ached for her.
I didn’t say anything. She walked out with her friends.
My friend Carl was sitting next to me and he gave me a suitably incredulous look, because attractive women kissing members of the group on the mouth was not something that we witnessed frequently. It wasn’t something we ever witnessed.
He asked me, “Did you know her?