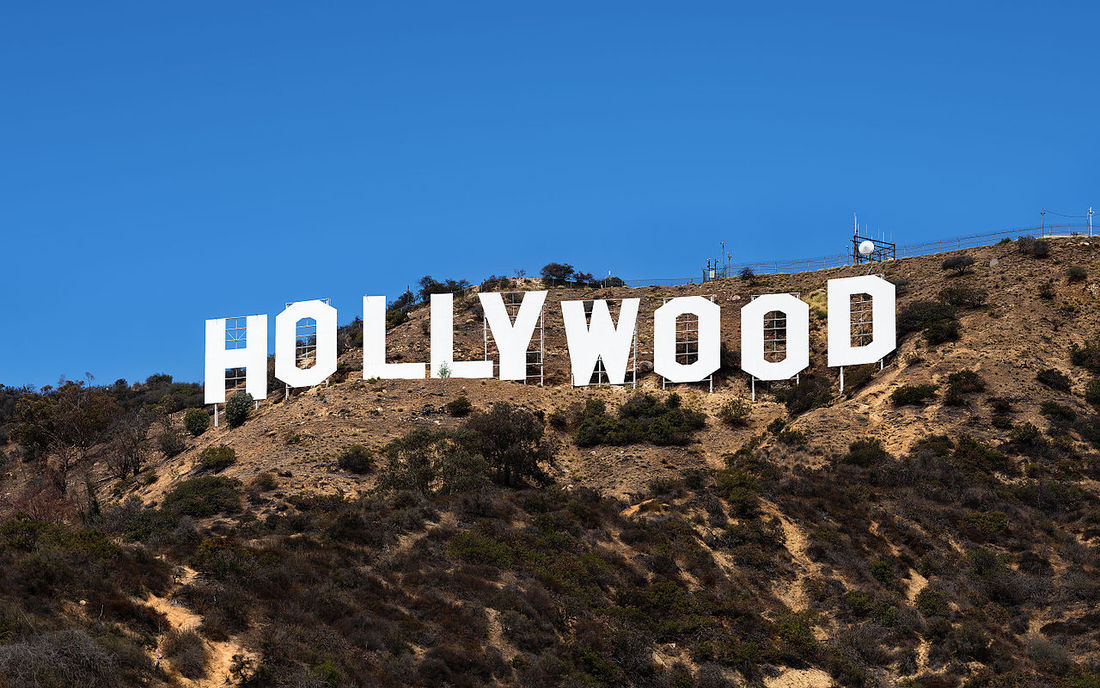 It was genuine lemon meringue pie, not a bowl of shaving cream in the face. Well, how about that, Lila Mae thought. Bessie Blythe was coming up in the world of moving pictures, but her nose hurt, and her cheeks stung. She wiped pastry from her eyes and glared at Reginald.
“Did you have to throw it that hard?” She took a gob of meringue dangling from her bangs and flung it at the actor.
The crew laughed. William, the violinist, played a fast, lively tune.
“Ah, it wasn’t so hard,” Reginald said, licking his upper lip.
“Keep going,” the director shouted. “I like your gutsiness, Bessie.”
Mr. Jasky wants gutsy? Lila Mae picked up the plate from the table and threw it at Reginald’s head. He ducked. The crew applauded. Reginald darted away but not fast enough. With pie dripping down her chin, Lila Mae hopped on his back.
“Keep it going. Good, Bessie. Now slide down. Slowly. Reginald, turn and kiss her.”
William struck high and low notes on the fiddle. When they kissed, he slowed the tempo.
“All right. That’ll get some laughs,” the director said. “We’ll pick up Monday on the bandstand.”
Lila Mae marched up to Horace Jasky.
“You tell that flat tire to go easy on the face or I’m going to sock him in the kisser.”
“Now look here, Bessie, be a good girl. The audience will love it. You’re not a bit player, but you’re no Clara Bow, either.”
Lila May wanted to sling the pie in Jasky’s face, hard, see how he liked it. Instead, she smiled, “Why I’d slip on a dozen banana peels for a laugh. You know that now, don’t you honey chile?” In less than a year she’d gone from bit player to supporting roles, and the pay increase didn’t hurt either.
“Attagirl.”
She sashayed away, swaying her supple hips off the outdoor set to a side table where she dipped a cloth into a bowl of water and wiped the goop off her face and short, wavy hair.
If Reginald knew he had kissed a colored girl, he would choke to death trying to spit out the black.
Outside of Huddle Creek, no one questioned her race. In Baton Rouge, men tipped their hats. Women smiled and nodded. Once, she was at a newspaper rack reading Picture-Play Magazine when a man bought it for her. Lila Mae resented yet found opportunity in losing herself from one world while slipping into the other.
Workers arrived to take down the set. She took her time cleaning herself and hoped to see the tall colored man who reminded her of everything she’d left behind.
She wanted to hear his deep voice, the Southern drawl that reminded her of steam rising off swamps. She missed the slow-moving beauty of the bayous and longed for her family, especially Booker. Most of all she missed Henry.
Lila Mae looked at William holding his violin like a child as he laid it in its case. He saw her watching him and smiled. She wondered if he had something to hide too. He was handsome—in a pretty way—and had the tender-hearted quality of her baby brother, Booker. He never tried to get her alone or pestered her to neck. She could flirt and play while knowing that William would always be a gentleman. Because they would never be lovers, he was the only white man she would go out with.
William carried his violin case and walked over.
“Want to go to a swanky party?”
“Want to have one now?” Lila Mae glanced around then slid the hem of her dress up her shapely thigh, stuck her thumb and forefinger into her garter belt and pulled out a flask. She uncapped it and offered it to William.
“After you, doll.”
“I insist,” Lila Mae said, looking over at the set.
William took the silver bottle and tossed back his sleek helmet-looking head. “Ah, thank you, Bessie.”
“My pleasure, honey chile.” She took the hootch, drank, and slid the flask into her garter. “What party? When?”
“Tonight. Some big cheese producer is throwing. His assistant said there’ll be a jazz band. Told me to bring my violin, maybe play with them.” William took the rag from Lila Mae’s hand and rubbed piecrust off of her neck. “He said I could bring someone, long as she’s gorgeous.” He gave her the rag.
As a white woman, she was invited. As a colored woman she’d be working in the big cheese’s kitchen.
Lila Mae never saw one colored woman in the moving pictures except once, and she wasn’t even negro; it was a woman in black make-up. It galled her that they wouldn’t hire a colored girl even for the role of a maid.
She finished wiping pastry from her hair when the tall handyman appeared, carrying a ladder to the set. She watched him climb the rungs, his muscles flexing under his sweat-stained work shirt.
“You know him?” William said.
“Why do you ask that?”
“Why else would you be staring at him?”
“Of course we don’t know each other.”
“You’re Southern.” William shrugged. “You must have seen negroes before.”
“‘Course I have.” She threw the rag on the table.
“Hey, doll, they don’t mean anything to me one way or the other. Sometimes I gig with them.”
“You play together?”
“In Chicago—speakeasies. Some joints here.”
Henry’s pendant felt heavy where it made its home against her breast.
“Bessie? How come you look so blue?” He took her hands. “Why don’t you get dolled up and we go to this big shot’s house? Could help your career. Who knows, maybe we’ll see Douglas Fairbanks and Mary Pickford.”
“Sure, honey.”
“Let me walk you home.” William raised his elbow for Lila Mae. “I’ll be bringing the best looking Sheba in all of Hollywoodland.”

Unable to sleep, Booker dressed, grabbed his hat, and left the boarding house basement.
He walked up Vine Street, brooding about Lila Mae. The first time he saw her was outside the studio, walking with two girls. He had wanted to run to her, tell her how proud she made him and that he’d seen all of her moving pictures. He needed to get her alone, so he wouldn’t risk her cover.
Booker had followed them, keeping his distance so not to be caught or look to be lusting after white women.
He could hear their laughter a block away. Lila Mae’s hair had been cut to a wavy bob, she smoked, and of the three of them, his sister did most of the talking. Being white gave her confidence. He reckoned happiness could do that.
At Fountain Avenue, he headed east until he came to the Nighthawk. He opened the door.
“Thought you were an early bird,” Al said, wiping a dish, his blond hair poking out like birch twigs under his chef hat.
“Can’t sleep.” Booker took the stool at the end of the counter next to the window. Lila Mae’s house was across the street and three doors down.
“I’ll have the usual.”
“Don’t you eat anything other than eggs? No wonder you’re so skinny,” Al said, turning to the grill.
Booker glanced around the dingy cafe.
“Quiet for a Friday night.”
“Two o’clock, they stagger in. Prohibition’s been great for business.”
Booker chuckled.
Lila Mae’s house was dark. Earlier that day he had watched her leave the studio on the arm of a white man. That sight sickened him. A couple of hours later, as he was eating dinner in the Nighthawk, he heard a car sputter and backfire. It stopped in front of Lila Mae’s house, and out dashed the ofay, all spruced up looking fit for a night of fun. Booker saw his sister dressed in fine clothes and her hair done real pretty. He understood her new life, but not that—not taking a white man as a sweetheart. It got him all twisted inside, but what else was she to do? Yet how could she do it? How long did she think she could get away with passing before someone back home recognized her?
It was over. No reason to see her now.
Al put down the Coca-Cola and went back to making eggs.
Booker sipped the drink. When he had taken the train west and crossed the border from Texas into New Mexico, the porter told him he was free to sit anywhere on the train. At first, he didn’t move. But then he grabbed his hat and suitcase and walked through the cars until he sat among white folks. Accepted, that was the feeling. Looking out the window at the beautiful rose-colored desert, he darned near let his feelings roll down his cheeks.
Al set the plate of eggs and toast in front of him, and Booker ate. He remembered that feeling on the train, when he moved from the colored section and how he sat at a table with clean linen and water glasses. Maybe that’s how Lila Mae felt, like clean linen.
“Sunday I’ll be making ribs.”
“I’m leaving tomorrow morning.”
“Where you going?”
“Harlem, New York.”
“Well, you ever come this way again I’ll make you a plate of ribs.”
“Thanks Al. I’ll be sure to drop by if I do.”
Booker looked at the clock behind the counter. It was one-fifteen. He finished eating and drained the rest of the Coca-Cola.
Al gave him the receipt, and Booker paid with a dime tip.
“Good luck in New York.”
“Thanks for your hospitality,” Booker said and left the Nighthawk.
He headed west in the opposite direction of Lila Mae’s house. At the corner, he heard a car rattling toward him. He pulled the hat low on his brow, watched the jalopy turn down Fountain and stop in front of his sister’s house. He saw her stumble out of the car and into the arms of the ofay. Lila Mae was as lost to Booker as Henry was to Lila Mae.